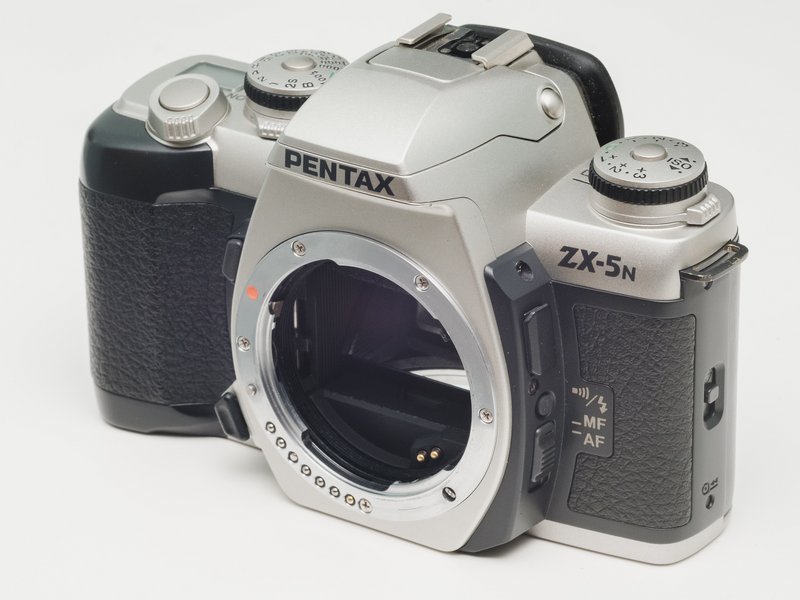 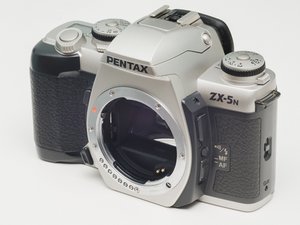 A 35mm SLR film camera introduced by Pentax in 1997. It features autofocus and is compatible with a wide range of K-mount lenses.

Author: Sam Gustafson (and 2 other contributors)
Create a Guide
I Have This

The Pentax ZX-5n is a notable camera primarily due to its unique control scheme. Instead of using a command dial combined with function buttons, as was the standard at the time, it uses a dedicated shutter speed dial similar to older manual focus SLRs. It also has dedicated controls for metering modes, drive modes and exposure compensation. Combining all of these features into a small and lightweight package puts the ZX-5n in a unique position among other AF film SLRs.

The ZX-5n was the successor to the ZX-5. While being essentially the same camera (they share many internal components) it did get a few notable upgrades like exposure lock, depth of field preview, bracketing and the ability to select a single AF point. The MZ-5 and MZ-5n were the model names used in international markets. They were followed by the MZ-3, which added a higher 1/4000 shutter speed at the top end.

Unfortunately, the ZX and MZ line of cameras suffered from significant design flaws, which resulted in many broken cameras. Here is a list of failures listed roughly from most to least common.