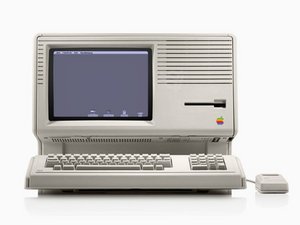 The Apple Lisa was the first commercially sold computer to use a GUI (graphical user interface) and a mouse. In January 1985, the Lisa 2/10 was rebranded as the Macintosh XL and was given a hardware and software kit that positioned it as Apple’s high-end Macintosh.

Why is the Apple Lisa tripping the mains power?

I just took my apple lisa out of storage.

When I plugged the power in and turned it on, first of all it powered on but it couldn't read the internal harddrive.

So i took the hard drive out and cleaned the contacts with spray on contact cleaner, blew some dust out and reconnected it.

Now when I connect the power it trips the mains before i even get to press the on switch.

As with most CRT/power supply repairs, the recommended course of action is to unplug the Lisa and pull out the power supply, then leave the power supply disconnected for a few days to allow the large capacitors to dissipate their charge. Do this even if your power supply is dead, it might be alive enough to store a charge in some of the capacitors. Before doing work on them, either work with one hand behind your back or discharge the capacitors by connecting a large resistor to their terminals. You could short them, but doing so may cause damage to the power supply.

With electronics of this age, mechanical problems are the most likely to occur. The second most likely thing to go wrong is that capacitors dry up over time, and some will actually burst and leak electrolytes on the boards, ruining them. Replacing them before they go bad with modern components is a very good idea. Be sure to purchase high quality capacitors from well respected sources such as DigiKey (Several years ago, there were a rash of knock-off capacitors that caused lots of Mac G5 and PC motherboards to be destroyed.)

In my personal experience, I've had Lisa Power supplies die on me, and when I've taken them apart, I've found one of the smaller capacitors had exploded. Replacing it, along with replacing some of the larger ones repaired the power supply.

Before you attempt the repair, know whether you have a 1.2A or 1.8A power supply. You may need to obtain the schematics for that power supply so that you can identify the components and their values.

Beware that some of the power supply capacitors are not polarized, such as the X2 line filter capacitors. i.e. they can handle AC voltage, and are safety rated for use "across the line." Make sure you don't replace them with polarized or unrated ones

When replacing polarized capacitors, they must be put in the right way or they may explode.

You can replace existing caps with ones that will handle a little more voltage - this may help them last longer as well. i.e. replace the 2200uF 16V capacitors with 2200uF 25V ones. (Keep the uF values the same) In fact, you will probably find that you need to use a capacitor rated for a higher voltage to get one with the same lead spacing as the original one. If you have a choice between 85 and 105 degree temperature ratings, choose 105.

It's very difficult to find out if your capacitors are bad unless they're visibly damaged, and if they are, they're nowhere near spec. To test them you'd need ESR test equipment and you'd need to desolder the capacitor you suspect in order to test it. It's about the same amount of work to replace it, and capacitors aren't all that expensive (unless you want to replace all of them).

It is typical to find the two large rectifier filter capacitors are failing due to the higher voltage (~200V or more depending on the type of PSU). Inspect them visually. If you see any warping, or expanding, or what look like bubbles from the side or top, replace them. In some cases, the damage isn't obvious until the capacitor is removed from the board. Since capacitors from the same manufacturer will tend to age at the same rate, if you find one that is bad, you should replace the others of the same size together.

If you see what look like clear plastic square capacitors with an amber tint, look carefully at them. When they age, you'll see cracks forming on their sides, like little lines. If you do see this, replace them immediately, they're about to explode. (Not to be too dramatic here, but they won't do anything more than harm your power supply, however, with Lisas being rare, and replacement parts becoming less available over time, you'll want to preserve your hardware.)

DANGER: Replacing the capacitors in the power supply should be done only by those familiar with the risks, and able to solder. Because the PSU has large line-voltage capacitors, it poses very serious health hazards and even the danger of death by electrocution. If you're not comfortable with component level soldering, or don't want to risk damaging your Lisa, or possibly killing/electrocuting yourself, find a TV repair store and ask them to replace the capacitors for you.

How dangerous is it to work on a CRT display?

Thanks ever so much for the in depth answer. I'll give your suggestions a go and let you know how it goes.

I got an email about the one arm behind your back. That's so the charge won't arc from arm to arm across your chest and defibrillate your heart. Her's a link to the voltage required: http://hypertextbook.com/facts/1999/Cind...

Sounds like the Lisa has a short in its power supply or the DC in. This and only this would cause your home's mains to trip.

I think so also. I would look carefully at the hard drive that had contact cleaner applied for a possible short. + Ralph

There's a good chance that the first run may have caused the power supply to blow a 30 year old fuse that couldn't take the current it was rated for. I would open it up, and check if there is a blown fuse inside the power supply, and maybe try and see if it works with the hard drive disconnected.

Anybody offers to repairs this ?

I do. Re-did one this summer.