Written By: Arthur Shi (and 2 other contributors) 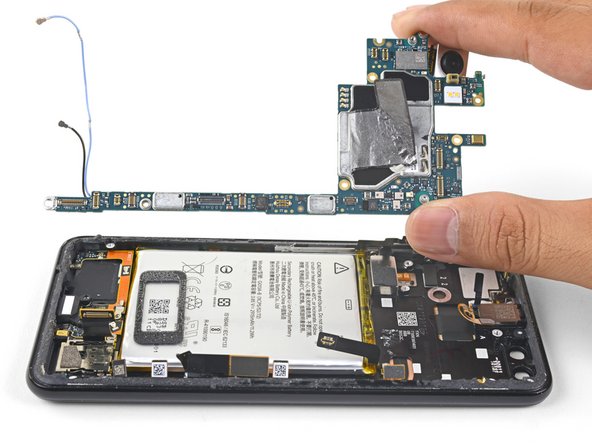 This repair guide was authored by the iFixit staff and hasn’t been endorsed by Google. Learn more about our repair guides here.

Follow this guide to remove and replace the motherboard for the Pixel 3. The procedure involves removing many small grounding clips, which are easy to lose.

Note that removing the loudspeaker will compromise its ingress seal.

12 other people completed this guide.

I followed your instructions to the letter. Got it all put back together, but before affixing the back glass, I powered up the Pixel 3 to make sure all features are working. The touch screen does not work, now, but it did before. Any advice?

Does the screen light up? If it doesn’t, I would suggest disconnecting the battery connector and double-checking the display connector to make sure it is properly seated. As I looked into your question, I noticed that the step was missing a disconnection procedure—so thank you! I’ve amended that step.

Where can I buy the motherboard? Is the 128 GB motherboard different from the 64 GB?