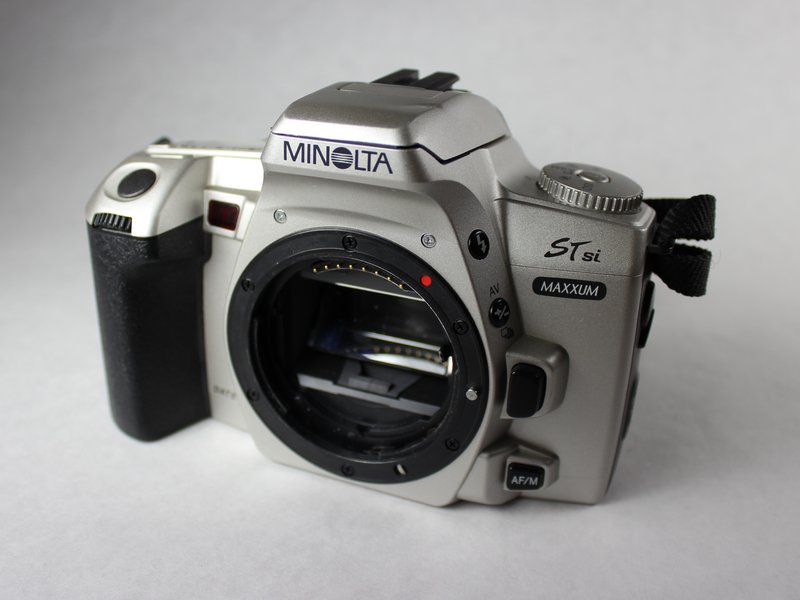 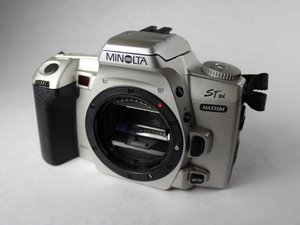 The Minolta Maxxum STsi SLR is a film camera released in 1999. It features several automated and manual modes of operation.

Author: Jasper Kahn (and 2 other contributors)
Create a Guide
I Have This

Having issues with your Minolta Maxxum STsi? Check out our troubleshooting guide to see if you can fix what's wrong.

The Maxxum STsi is an SLR released by Minolta in 1999. In 2006, Konica Minolta sold its camera division to Sony and transferred repair and customer support to Precision Camera. Unfortunately, Precision Camera no longer supports Minolta cameras as of 2012, making it somewhat harder to get service for these devices.

The Maxxum STsi is a light grey and black camera identified by the "STsi" and "Maxxum" markings to the right of the lens, and by the large "Minolta" logo above the lens. It has a pop-up flash, an info display on the shoulder over the grip, and a viewfinder centered behind the flash.