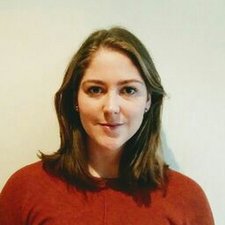 MacBook Charging and holding charge but shuts off when charger removed 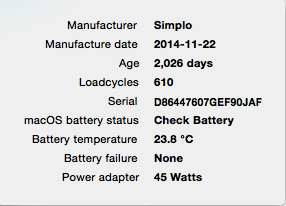 I spilled a tiny bit of wine on my MacBook. I dried it out and took it apart to inspect for any signs of damage. I found wine witness marks which I cleaned up.

I put it back together. Plugged the charger in and turned it on. I then left it to charge fully. But once I removed the charger it turned off. It seems that the laptop draws power from the battery but only when plugged in. Could this be due to not reconnecting something properly?

Thanks Dan for your help so far!

I cleaned it off with alcohol.

Lets get a better view of things, install this gem of an app! CoconutBattery take a snapshot of the apps main window and post it here for us to see Adding images to an existing question

But, you may have a problem within your system as well as the charging logic is not charging your battery!

I’m suspecting some of the wine got onto your logic board which is effecting it. Follow this gide to take the logic board out as its the other side that gets the worse of it! MacBook Air 13" Mid 2013 Logic Board Replacement. Once out look for staining or corrosion. Take some detailed pics if you are not sure and post them here for us to see Adding images to an existing question

So the new battery arrived and coconut battery is showing 100% design capacity. The laptop now turns on sometimes and at other times it doesn't. It will turn off immediately when unplugged. So I think there is an issue with the charging logic. Trying to decide if I attempt to replace the logic board or just bite the bullet and get a new laptop before I throw too much cash at a 7yr old device! I love my Mac but don't use it too much anymore so would purchase a cheaper laptop next.

I know it's a personal choice but advice would be much appreciated!

Sorry to hear you still have a bit more to fix, I'm still banging on my 2012 MacBook Pro as I too prefer it. Just like cars you can go with a cheaper one, but it won't be on the road as long as a more expensive better built system.

Even still there is a point you still need to walk away when you've out grown it or your needs have changed no matter which one you had gotten.

And don't forget to accept the answer - thanks!

It could be due to the age of the battery seeing as it’s an 11 year old machine. Follow the suggestion above and install coconut battery and look at the design capacity. It could also be due to the wind being spilled on the machine. But I have a 2013 retina pro that has a service battery message due to its age as well.

@hootonberg - Its only 7 years old!

@danj wow I have no idea why I said 11 XD . Either way it needs a new battery.