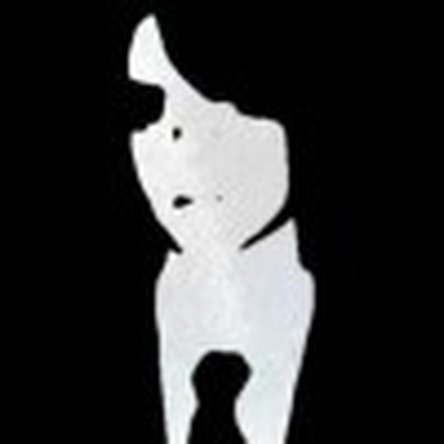 Why is my screen is shaky and duplicated?

So, I have an iPhone 4s and the display is back-lit and the phone operates as far as I can tell, including the digitizer. I have done hours of researching on this site and others for my problem. Others seems similar, but their fixes don't work for me, and I have no warranty left from Apple as many with some of these problems do.

Long back story (not sure if relevant to the current problem): iPhone was water damaged, did a lot to try and salvage the phone. Replaced battery and cleaned the motherboard as best I could with 91% alcohol on the display connections. It seemed to work fine except for randomly typing things, and just acting weird. Assumed a screen problem. Replaced screen. Then it functioned, but with a black back-lit screen. I tried different things until I found an old iPhone 4s someone wasn't using. I used it's motherboard in my phone. It worked perfectly.. For about six days. Then it started it's new problem:

So, a couple days ago the display image on my iPhone 4s started getting shaky. Looked up different things people told me on what to do. So, tried a restart. I turned it off and back on. No apple logo... White screen: 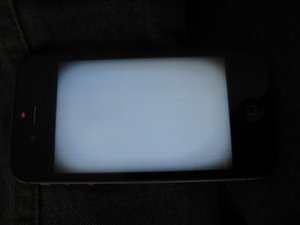 Then took a snapshot (pressing home and power buttons simultaneously) of what the iPhone thought it was showing me and it doesn't look quite right either: 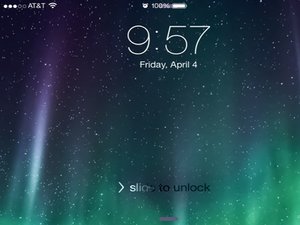 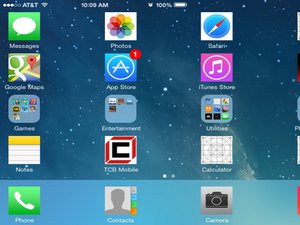 (Also with the last motherboard this was the same problem of weird snapshot images, but it just had a black back-lit screen instead of this white weirdness)

The phone still functioned fine as far as I could tell. Called my girlfriend and told her my phone was being weird again, so I wouldn't be getting her text messages. Turned it off via home and power button, since I wasn't sure if the power slider would work. It stayed off for about an hour and a half. Turned it on after class to listen to music on my walk home (since headphone controls work fine, as does voice commands) and it was working as if nothing was wrong.

Then it worked fine, but with a few jumps, flickers, and screen duplicates when I used it for extended periods of time. Didn't want to turn it off for fear of repeated the same issue as before of no image.

I fell asleep playing a game last night to wake up to a triple image on my phone. I put it in standby for a long time, but it didn't clear back up as usual. Then I tried the off and back on thing to just get back to the white screen problem again..

I have tried leaving it off for a while and taking it apart to check connections of the screen.

I have noticed that after a while the white screen fades a lot, then it is just a back-lit black screen.

Please help me get my phone back. I would love some ideas on what causes this problem. 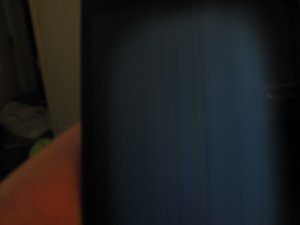 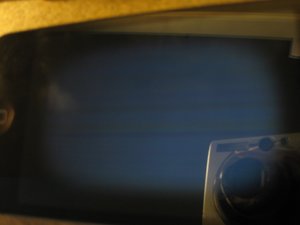 Seems like there are some weird lines in the white that are more noticeable after it fades. I don't understand what could cause this problem with the phone.

Edit: I got it to work, but it is just back to the shaky and duplicated screen. If left alone for a while, it will return to seemingly normal operation. Could it be that a chip on the motherboard is overheating during use, and causing screen distortion or what?

Edit: Thought I would document what the screen looked like before trying to replace it. This is what it looked like after I took it apart and put it back together with it restored to factory settings: 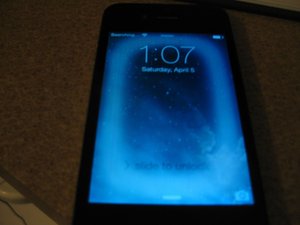 Here is what the screen does now: 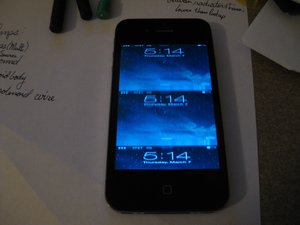 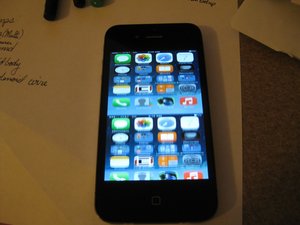 Edit: Okay. I just replaced the screen and everything seems to be working perfectly.. Now to put it through a bit of extensive gameplay and video to see how it holds up. Then I will post my results. I really do think it is fixed this time. It shows no hint of a jumpy screen. I will post results sometime later today.

Edit: After playing a game/leaving it on because I fell asleep playing, it is still working just fine. If it reverts, I will update.

I "fixed" it.. As in I got it to go back to a shaky screen, occasionally with duplicate images.. I will try replacing the screen a bit later, I guess.

Hi guys, I have the same problem, my phone seems do be dark and almost like the colours are inverted. It also has a shaky affect, like on a tv with no signal of channel.

You have two phones here since the motherboard *IS* the phone.

Phone 1: uncleaned water damage. "cleaned the motherboard as best I could with 91% alcohol on the display connections." That is pretty much the same as doing nothing. Think of corrosion like a cancer, it will continue to spread until it is removed. There are parts all along the motherboard that have some role in the generation of the display. Corrosion on any one of a number of components will cause an issue like you describe.

Phone 2: From the description of the problem, I would guess that this board had water damage as well. Also possible it that you are putting a working motherboard into a frame with a water damaged LCD.

I know that it is two different phones. I actually soaked the whole board in the alcohol then went over it with a brush on all the contacts. I didn't brush the components since I didn't want to brush them off.

I am going to replace the screen later today or maybe tomorrow and see if things fix.

Had this problem b4 new display sorted it

I had this issue for two days. I am confident that this is a hardware issue, which is something related to the display of the LCD screen. You can either replace the LCD screen, or u wait for the phone to fix itself. For me, it fix itself, eventually. I played games along with this glitched display for like 15 minutes on high brightness (70%), then the duplicated images start to flicker in and out (duplicate flickered to normal, then duplicate, then flicker and repeat) several times and I have a normal screen now.

So I think it is a screen problem, but not sustainable as it is not supported by the system. Go ahead and play your favorite games (I was playing "Wiz, the mystic quiz"). I tried the solutions provided by others and some self-invented alternatives, like phone reset, some light knocking around the contours, re-charging, praying to God etc, but in the end, playing games does the trick.

Same thing happened to me. Waited for two days and when i'm on my way to the service center, the phone fixed itself.

I've also tried to fix the phone myself, bought the repair kits just to see if there's something loose in it.. But I didn't play any games so I think my prayer was answered.