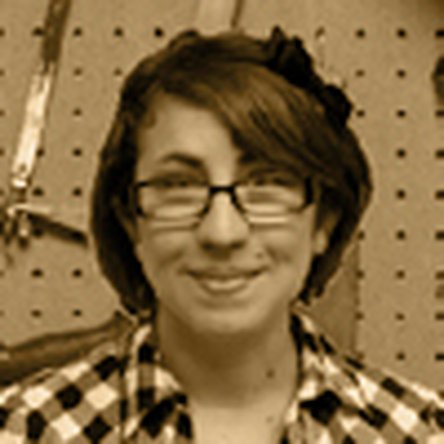 What is this horrible clacking noise?

The noise seems unrelated to which / how many programs are running--sometimes it begins when I open up my computer with no programs open and continues until I shut the lid, whereas other times it will start seemingly randomly as I'm working in Word or browsing online. I don't have anything in the CD drive.

I would say I hear some kind of unusual noise of varying loudness coming from my laptop about 25% of the time I'm using it, now. At its worst, it can be heard even when I'm playing music over my laptop speakers at full volume. It sounds like it's coming out of the back of the computer, and I'm pretty sure it's not the hard drive.

(I'm not sure whether or not it's relevant, but occasionally my laptop fails to pick up any wireless signal--even in my apartment, where I know there to be about 15 networks in range.)

So, here's my question: What could make this kind of noise? Why might it be so intermittent? Is there anything I can do to fix it?

Great question, Elizzybeth! Welcome to the community! This is our first time ever communicating with each other.

Hi! "Clacking" is generally the hard drive, which is in the front-right of the computer. In the case that the hard drive is making this noise, it's very likely going to fail sooner than later, so I'd back up your data just to be safe. There is really no way to fix it other than replace the drive. You can go to Disk Utility (Applications\Utilities) and run a check on the drive to see if it comes up with any problems, but if it comes up clean that doesn't necessarily mean there isn't a problem.

I wouldn't think it's the optical drive, especially if it's a working optical drive. They generally don't make a lot of unexpected noise when sitting idle.

The only other moving part is the fan, which is toward the back of the machine, where you said the noise seems to be coming from. However, fan noises tend to be whirring and vacuum cleaner-like. It may be that something is stuck in the fan, or the fan is very dirty. You can follow the instructions on this site to take the topcase off the machine, and it's possible that spraying out the fan with canned air would help. Sometimes fans get out of alignment, and cause a noise similar to when a kid puts a playing card in the spokes of a bicycle. In this case, the fan just needs to be replaced, if blowing it out with air does not help.

If it's under warranty, I'd suggest going to an Apple store and having them deal with it. Anyway, I hope that helps!

YES IT HELPS ! The second part of the answer really seems to concern my problem at the moment. I can tell it's not the Hard Drive which I replaced recently. The computer is really running well besides the noise. I think it got out of alignement so I will try to get a new fan and change it. Thanks for your answer.

Yes I've got that too. But my warranty is about to expire, and for some reason it won't replicate at the store. They had it opened up and were to replace the part that includes the jacks but did not. So would that have been the hard drive. Fortunately I back up constantly.

Cherokeeprinces, for me it ended up being the fan. I first tried just blowing it out with some compressed air, but that didn't help. So I ordered a replacement fan through iFixit and replaced it myself. My laptop now runs much, much quieter and 10-20 degrees Celsius cooler.

(If the Apple store guys say its your hard drive, they're probably right, of course.)

Chances are, your fans are the problem. Something small may have gotten underneath the blades and/or the shaft of the fan blades have "dried-out." Meaning all it needs is to be greased with bearing greased. You will have to remove the fan(s) from the laptop and remove the two screws that attaches the faceplate. Also, that faceplate is very easy to bend and will cause the fan blade to "scrape" the bottom of your case where the fan sits. The fan is repairable because it has NO bearings inside at all. Yes the fan can be taken apart, like anything else that rotates it needs lubrication grease.

I think I have the same problem, but the claking just sounds when I'm watching videos on internet, like Youtube videos or I'm hearing music over the laptop speakers. In fact the videos and the sound stop and it can be heard two clacking noises and then the video and sound continue. This is repeated a several times while I'm watching or listening.

Does anybody has an idea of what could the problem be?

You might want to make your own question so that people will see your concern! Good luck.

It seems it's Core 2 Duo issue.

I have 2nd gen MBA, which has Core 2 Duo, and making high picked whirring noise constantly. I didn't notice until now because I used it at the office with surrounded by so many noise around me. ;)

The good news is, the latest MBA I got, which has i7, doesn't have the same noise...