I once found an old CD shoved into a hidden seat pocket of my car. I’d made the mix years earlier—for a post-college move across state. When I popped that CD into my player, I was transported back to that move, that mood, that moment.

Old playlists are great like that. They are instant time capsules. Rediscovering an old playlist is like digging into the sedimentary layers of your past—an emotional excavation, track by track. Ah yes, that’s what it felt like to be me back then. Of course, there are way fewer CDs and mix-tapes in circulation now than in the days of my misspent youth. We’re digital playlist people now. And it’s a lot harder to rediscover your old music if your playlist is trapped in a broken device.

That’s what happened to an iFixit community member, paterson24.

“I really wanted to access some songlists put together during and for some amazing road trips in the USA and Canada,” paterson24 wrote in a repair story posted to iFixit. The problem was paterson24’s old iPod 4th Generation was on the fritz. The home button was mostly unresponsive, the iPod wouldn’t hold a charge, and the device made a troublesome noise when powered on.

Not content to let the music die, paterson24 decided to give repairing the device a shot. Old iPods are built like bricks—and they can be pretty tough to open up. There are five retaining tabs on each side of the device that don’t usually want to budge. In fact, getting a tool under the seam and into the clips is usually the most time-consuming part of the repair. For most, opening the case takes a couple of tries, a couple of plastic opening tools, and more force than you would expect. Some of our community members actually prefer using metal tools—like razor blades or screwdrivers—to get into the narrow seam between the plastic top and the metal bottom. (Fair warning: these techniques can scratch the case.) Others have told us that an old plastic credit card does the trick.

A couple of large plastic opening tools got the job done for paterson24, though. The plastic top pried up pretty easily. Once the device was opened, the iPod’s problem was easy to spot.

“The old battery was really swollen (twice as thick as the new replacement), which explained why the center button had become almost impossible to click, and of course, why the iPod had stopped working—it was unable to charge the battery,” paterson24 explained. A replacement battery made the device as good as new. “As soon as I plugged the iPod into the charger it came to life, and now I have access to music that I have not listened to for 2 years.”

And there you have it. Now, paterson24 can relive that road trip to Banff National Park whenever the mood strikes. Check out the repair story here.

If you’re in a similar spot of trouble with trapped tunes, check out our iPod repair guides here. 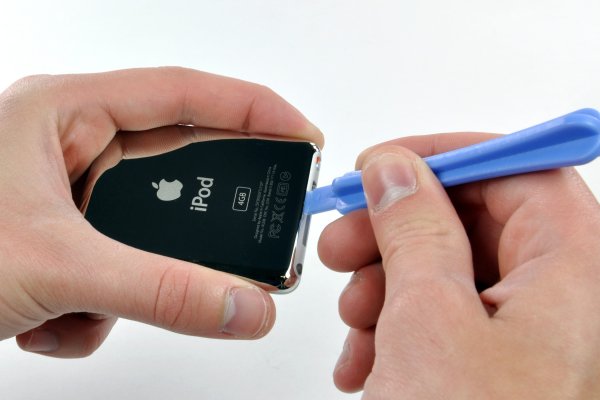 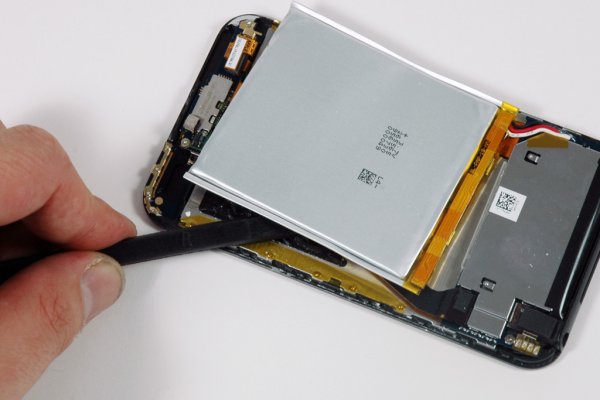 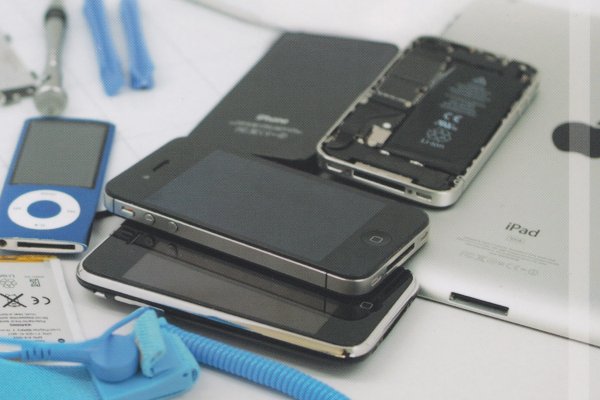 The Unauthorized Guide to iPhone, iPad, and iPod Repair