Tim Cook didn’t reveal anything new during his testimony before the House Judiciary Committee Wednesday. But emails his company shared with the committee spoke volumes. These internal discussions reveal that what looks like Apple’s united front against Right to Repair is really an internal debate, rife with uncertainty.

The New York Times editorial in favor of Right to Repair last April set off a fire alarm inside Apple’s public relations team. When Binyamin Appelbaum reached out to research the issue, Apple’s VP of communications said in an internal email that “We should get him on the phone with [Apple VP Greg] Joz [Joswiak] or [Senior VP] Phil [Schiller].” That spawned an instant debate. “The larger issue is that our strategy around all of this is unclear. Right now we’re talking out of both sides of our mouth and no one is clear on where we’re headed.”

The emails show the high profile of Right to Repair inside Apple as leaders debate how to respond to a request for comment on an upcoming column. “The piece is using [Senator] Warren’s new right to repair for agriculture to talk about the broader right to repair effort and plans to use Apple as a symbol in that fight. We’re meeting with everyone shortly about the overall strategy and then I’ll connect with [Greg ‘Joz’ Joswiak].” The email goes on, “Appelbaum has, of course, talked with iFixIt [sic] and others.” They’re right about that!

The conversation resulted in a set of talking points that Kaiann Drance, VP of Marketing, talked through with Appelbaum. Afterwards, Apple PR wrote, “Kaiann did a great job and emphasized the need for a thoughtful approach to repair policy because of how important it is to balance customer safety with access to more convenient repairs.”

Apple was less convincing than they hoped. The editorial, carrying the weight of the Times’ entire Editorial Board, came out forcefully in favor of Right to Repair. Of Apple specifically, the Times remarked, “The company is welcome to persuade people to patronize its own repair facilities, or to buy new iPhones. But there ought to be a law against forcing the issue.”

The saga of the two PDFs

Score one for the rebel alliance. But that’s not the end of this saga. Rewind one month, and iFixit had unwittingly triggered another flurry of internal emails, unearthed by the Judiciary Committee. Last March, we discovered complete service manuals for the newest (2019) iMacs up on Apple’s support site. Both manuals are still there—take a look! This was such a dramatic departure for Apple that we were curious whether it was intentional. iFixit writer Whitson Gordon dropped Apple a friendly line asking what their plan was.

Apple didn’t reply to Whitson’s request. They did look up his credentials, and launched a wide-ranging internal debate. The manuals stayed online. We were left to wonder if Apple was turning over a new leaf and moving in a more consumer-friendly direction.

Apple’s service manuals for both the 21.5-inch 4K model and the 27-inch 5K iMac are well-written, and extensive by manufacturer standards. Each features over 100 pages of tutorials for replacing parts like fans, speakers, memory, hard drives, and the logic board. They even list the tools you need to get the job done—alas, Apple doesn’t sell them, but we’ve got you covered.

In response to Whitson’s email, an internal Apple memo asks, “What’s our repair strategy?”, showing more division inside Apple than anyone knew. “Right now, it’s pretty clear things are happening in a vacuum and there is not an overall strategy. Plus, with one hand we are making these changes and the other is actively fighting Right to Repair legislation moving in 20 states without real coordination for how updated policies could be used to leverage our position,” an Apple spokesperson writes to a group of PR executives.

Apple’s intense legislative opposition to Right to Repair is one of the primary reasons the legislation has not passed yet, despite being introduced in over 20 U.S. states this year. Last year, Apple’s lobbyists in the California statehouse went so far as disassembling an iPhone for legislators, telling them the device could catch on fire if customers tried to fix them.

So why did they release the iMac manuals? Apparently, to earn points on the green certification standard EPEAT. Good idea! Unfortunately, not everyone at Apple was on board. Here’s the story as Apple PR explained it:

“The Environmental Technology team who manages the EPEAT certification process posted the iMac repair manuals this week with plans to release manuals for Macs and portable products in May or June and a desire to release an iPhone repair manual at some point. The team failed to receive any clearance across the various teams. Sandy Green thinks we should consider taking down the manuals; however, we think it’s important to have a decision about what our strategy is and execute against that direction. We have one reporter inquiry from a freelancer who writes for iFixit and has had pieces run in the New York Times and Popular Science.”

That freelancer is none other than Whitson, who is currently cooling his burning ears.

The memo also asks the all-important question: “Are we comfortable releasing our repair manuals for all products moving forward?” Apple, if you’re listening: the answer is YES. Public service manuals are helpful for your customers. They’re useful for recyclers, they save the planet by extending product lifespans, and they’re just plain the right thing to do. Do you want people repairing your products safely? Then teach them how to do it the right way.

Fast forward to the present, and these iMac manuals have now been online for a year. Has any harm come from it? Have lawsuits sprung out of the woodwork? Only Apple knows, but we certainly haven’t heard of any. (For our friends at Apple reading this: Please find out, and let Joz and Phil know the results of your investigation. We don’t need to know, but the future of the technology industry could depend on the answer.)

These revelations are timely, as Apple’s newest environmental progress report went out of its way to talk about the importance of reuse and repair. “We take responsibility not only for our direct operations, but for the entire life cycle of our products,” Apple’s report states. It’s the first time we’ve seen Apple say “reuse is our first choice” so bluntly, and they’ve got the prioritization spot on. They go on to say, “Making repairs more convenient and reliable is directly aligned with our goal of creating long-lasting products that maximize the resources we use.” This is precisely the correct stance, for both consumers and for the environment.

Apple’s report also takes a victory lap for the iPhone’s serviceability track record. Despite some bumps along the way, they’re correct that the iPhone has routinely led the pack on smartphone serviceability and longevity. When it comes to ease of repairs, Samsung’s Galaxy line isn’t even in the same solar system.

Apple’s internal repair-manual memo ends by asking, “How should our public position on Right to Repair change to take into account the updates we are making – should we connect the dots or try to keep everything separate?”

Implicit in that question is the cognitive dissonance that Apple team members must be feeling. In the minds of the public, the company’s legislative opposition to common-sense repair reforms is perceived as a desire for planned obsolescence, if not a compulsive need for control. But Apple is leading the industry with many green initiatives, and their environment team wants to move forward on reuse and repair. The entire company is justifiably proud of the industry-leading repairability of the iPhone. Why not “connect the dots”  and drop the unpopular political fight?

Apple could easily turn one of their biggest political liabilities into a win. Their Independent Repair Program already has all the elements required to comply with a Right to Repair law. And publishing the service manuals isn’t a hurdle—they’ve already done it!

Apple has an opportunity to push—nay, lead—the entire industry in a better direction. Durable, repairable, long-lasting products could be the norm. iFixit has been the go-to support resource for Apple customers with hardware problems for over fifteen years. We’ve been forging our path alone, reverse engineering every single product and writing repair procedures from scratch. We can keep working in isolation, but we’d all be better off if it was a collaboration.

An aside: we never performed a repairability assessment of the spec-bumped 2019 iMac, but we will do so within a week’s time. The public availability of these service manuals automatically increases its score by one full point. 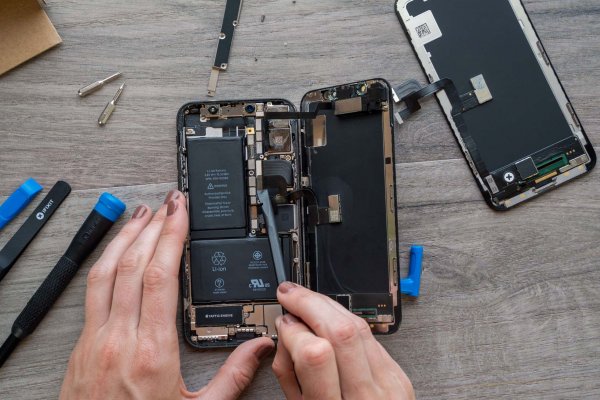 Congress Is Investigating Apple’s Stranglehold on Repair, and They Want Tim Cook’s Emails

Thank you Kyle Wiens and iFixit for continuing to lead in one of the most important issues facing the tech repair industry!

Kyle - Now if they only build them to be easier to service! Less glue using better design with keyways and screws. IBM did it! The original PS/2 systems didn’t need any tools other than a coin! and in some systems they even supplied a little pry bar to pop the snap rivets!

Then there’s the parts! We all want access to the real parts Vs having to always look at knock-off parts as our only source! I can go to my car dealership and walk up to the service counter (or parts) order the part/s I need and get them in a day or two at most. If I don’t want to pay for the original part, I can go down to the NAPA or AutoZone and get a knockoff part or even an enhanced part (better than factory)

Personally, I mostly use recycled parts which is the best way for the planet! Apple could even offer recovered parts instead of having its Robots destroying the parts in the process of disassembly!

Here’s the full dump of the emails! judiciary.house.gov

The link appears to be broken.

It doesn’t seem to be on Internet Archive, but Google has it cached (for now): https://webcache.googleusercontent.com/s...