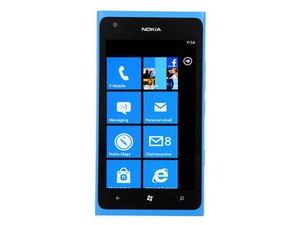 The Nokia Lumia 900 is a Windows Phone 7.5-powered smartphone with 4G LTE support and a ClearBlack AMOLED capacitive touchscreen.

Author: Usher Davidson (and 12 other contributors)
Create a Guide
I Have This 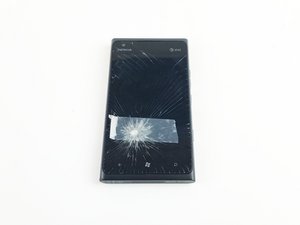 The Nokia Lumia 900 was announced on January 9, 2012 by Nokia at the Consumer Electronics show. It was here at this showcase that the phone won the best smartphone award. This phone uses Microsoft's Windows Phone OS (Version 7.5). Some features differentiating Lumia 900 from Lumia 800 are the bigger 4.5" display, a substantially bigger capacity battery, fourth generation network (4G LTE) support, a front-facing second camera, enabling picture from a video call, the lack of included headset and the lack of included rubber bumper case.

It can be obtained by pressing ##634# on the dial keypad, which should initiate the download after the last # is pressed. The diagnostic tool should appear on the app list under Diagnostics.

Note: This app does not harm the phone, it's just a hidden app Nokia forgot to mention in the owner's guide. The app can be uninstalled if a user chooses to do so.

Create a troubleshooting page for the Nokia Lumia 900 and provide a link to it here!