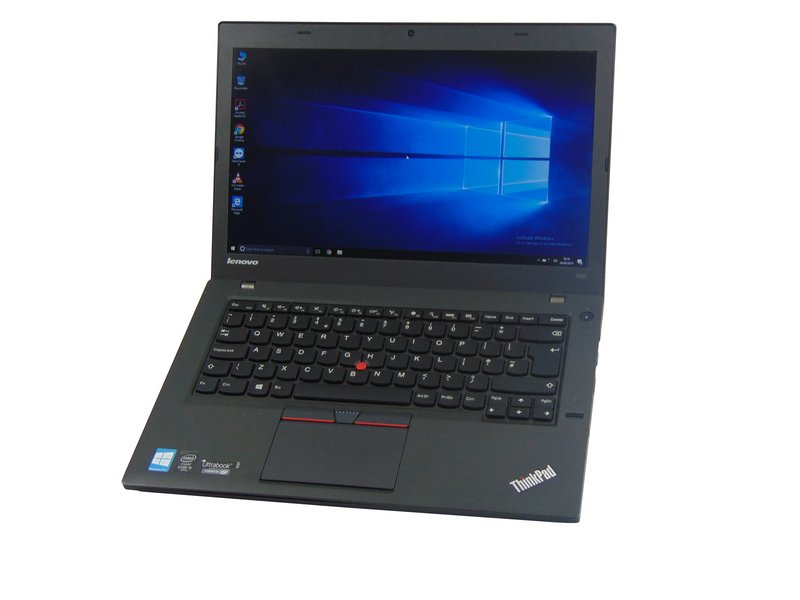 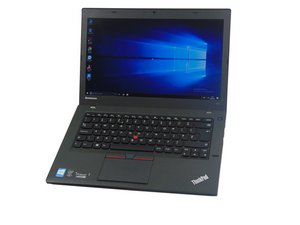 Released in 2015, the Thinkpad T450 is a lightweight, sturdy 14" business notebook that ships with a 5th generation Intel processor.

Author: dreadjack (and 2 other contributors)
Create a Guide
I Have This
Do you know which kind you have?

The ThinkPad T450 weighs approximately 4.0 pounds (1.81 kilograms) and includes a 23-Watt-hour three-cell battery. The laptop feature's Lenovo's "Power Bridge Technology" that combines an internal battery with an external hot-swappable battery, meaning that users can swap batteries without powering down the computer. It features 8192 MB of internal storage and installed RAM size of 4 GB. The T450's LED (light-emitting diode) display features an anti-glare display and LED backlight and has a resolution of 1600 by 900 pixels. The laptop includes two DIMM (dual in-line memory module) slots and three USB 3.0 ports.

The T450 could include an optional fingerprint reader that can be used as a password. A touch panel can be added for touch-screen capabilities. The computer also includes a full-sized, spill-resistant keyboard with a TrackPoint pointing device.