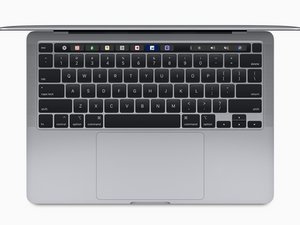 Can you disconnect the webcam and microphone?

Kind of a random question, but I have a 2015 Air now. I like how I was able to remove the bottom plate and physically disconnect the microphone and camera. Is this possible on the M1’s? I know this is a niche request for someone already buying a blob-ridden device, but since I don’t use them on my Mac, I don’t want them connected and you can’t hack the connection back.

None of the 2016 onward MacBook Airs, MacBooks or MacBook Pro’s have anyway to physically disconnect the iSight/FaceTime camera’s. Just like the iPads they are hardwired not only for the data streams (Vid & Audio) but also SMC services which monitors both thermal as well as power conditions.

Disconnecting the connection on the logic board will set your system into CPU Safe Mode, lowering the CPU’s clocking and ramping up the fan/s. This is done to protect your system from over-heating as SMC has lost access to one or more sensors. The newer current M1 series systems are no different!

OK is there a way to disable the camera and microphones? Yes!

Apple offers a few tools which can do it and there are a few 3rd party tools as well. These tools are used to control and manage corporate and school Mac systems. Basically, these are Admin level controls at the OS level. You’ll have two accounts the Admin and the given user accounts. The Admin account prevents the access and usage of the camera and microphone/s the given system has to the users. As the Admin level is the only access the settings and risk of spyware is just not possible by the users. You still need a second system to manage this system,

I have yet to find any system infected by spyware from El Capitan and newer as Apple really did do a good job locking things down. The only thing I have seen is people forgetting to shutdown FaceTime so the connection is still open to the other party which could peep a little but that’s user error not a system failure.

Frankly, I just use a strip of electrons tape across the camera and using a dummy mini plug in the headphone jack will enable the headphone mic (which is not present). This how we dealt with the issue with the older 2011 ~ 2015 MacBook Pro’s. I have not tested it on newer 2016 and onward Mac systems.

Sorry, but I think you're incorrect. If you look at the repair guide for the Air, when you remove the display, you have to disconnect the camera. I just did that, and there's no camera in my System Information thing. Same with the microphone.

And I've had people with Malware on ElCap because Apple forces "saved application states" so they fall for the garbage popups that come back in Safari.

@name11421 - Now install TG Pro Get the full version so you get the diagnostics. What did it tell you??

Pulling the cable connection as I stated also cuts off SMC which now will fire off! Sending your system in the CPU Safe Mode.

This is false. I'm using it without any issues at all... There is no "CPU Safe Mode"? I'm not buying some random software. The laptop works fine... I'm looking for assistance with something, and what we're talking about now is completely unrelated. I'm just asking if anyone knows if the M1 has a way to physically disconnect the parts I don't have any use for that can be hacked into, regardless of what you think about the security of a Mac.

Review the schematics and boardview drawings to see on how the circuit is designed.

Review Intels on CPU documentation on how CPU clocking is lowered when the thermal management system within the system fires off to protect it from CPU overheating. Here Apple goes one step farther ramping up the fan.

As far as the current M1 systems they still used the same displays as the intel models only the logic board was altered. All of the connections need to be present in either review the teardown's here:

Vs the newer M1 systems here:

Again, you can't disconnect it in the newer systems.

My apologies. I misread, I think I have some issue reading full text. I thought you were saying I didn't disable it on MY Macbook.

I still don't know if I'd trust it on the M1, but disconnecting the mic is preferable I guess. I don't know if that would still be the case with the M1 Air since it has no fans, but I'll keep an eye out I guess.

Thanks for putting up with my misreading.