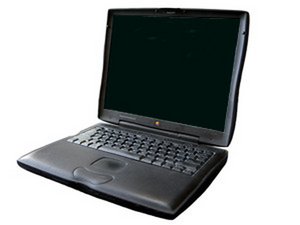 dvd module will read CD's but not DVD's

i have a Pismo and switched out the DVD-ROM/CD-ROM Module with one i bought, barely used and said to be in good condition, off Amazon.com. When i first tried to use the new used one, it barely made a sound and did not load a movie. i played around with some settings and it began reading DVD's [accompanied with the expected long whirling sound]. i watched 1 movie and then part of another. The second one started going on the blip so i had to force quit DVD Player [the software that i use and which i can still get to open through application]. Now the wouldn't read any DVD [e.g. the DVD movie icon does not pop up on the desktop. But it does read CD and i can listen to music.

Why would the module [drive?] read a CD and not a DVD?

am i having a software problem, setting problem, or hardware [module/optical laser?] problem>

any suggestions as to what i can do to get the dvd module to read a movie.

My System Profiler shows that a "LG DVD-ROM DRN-80808" is connected in my ATA device tree. It shows that the Drive is CD-ROM/DVD-ROM. The protocol is ATAPI and that it has "Removable Disk"

i tried using a CD optical drive cleaning disk even though it has been able to recognize a CD, just not a DVD. Doing so didn't help.

i have tried numerous movie DVD's, hoping for a miracle. those that were recognized before are no longer recognized. i tried two DVD's that were home-made [using blank DVD's] but they did not work either.

i don't have any data DVD's but i will most assuredly try one once i get my hands on one.

i am sorta flustered because the optical laser can recognize a CD but not a DVD. Why would this happen? i would think if it didn't recognize one, it would not recognize the other. [when i put in a CD, it opens up quicktime player, but it is supposed to open up DVD player when i insert a DVD].

Also for a few days, it recognized movie DVD's but then it stopped doing so. i find it amazing that it would tease me as working but then just stopped working - after only 1 and 2/3 movie. it seems as if i did something to get it to work but then when i had to force quit dvd player, it just stopped working.

i bought it from a private party through amazon, one who sells other products such as books, VHS movies, movie DVD's through Amazon but normally not computer parts. this drive is from a powerbook that went south on her. she doesn't have another to swap out. i also am thinking of keeping it for the CD player works and i don't want to put the old one [the one i swapped out] back in as it played neither CD nor DVD's and the outer door was becoming detached [also bad feng shui (sic)]

i thank you both - rdkline and machead3 for your imput.

i also see a thick line through my "answer" which obscures some of the text. i don't now where that line came from, why it appears, nor how to remove it. i am as flustered by this website as i am by my DVD drive.

Try an optical drive cleaning disk. What does system profile show about the drive (does it correctly identify it AS a CD/DVD)?

I'd still recommend returning it...a combo drive that plays CDs but not DVDs is in the process of going bad, and it's very possible it won't be usable for even CDs fairly soon. I'm not an expert at the technicalities of why it can read one but not the other, but I've seen it a hundred times, and it just means your drive is on the way out.

Yea - it's sort of a test- in order to be successful at DIY you have to be cogent enough to operate this board! =;^p You're getting there. You should be able to "unaccept" your answer, or, change this to an update/comment to your original Question.

Michael, At the top of your original question is a line somewhat like this---

Use the Add Comments to comment on your answer instead of placing a new answer and you can unaccept your answer if you wish by clicking on Accept Answer.

I hope this helps you in navigating this site.

Michael, would you take a screenshot (shift cmd 3) and post it on this answer? I want to know what you mean by "thick line". Thanks!

It's a classic sign of a bad combo drive. I'd try several DVDs just to make sure the one you are attempting to play does not have a defect, and also I'd try to see if it works with data DVDs...those are generally better for testing, because they simply show up as an icon and don't launch the DVD player, etc. But if it's unreliable playing data and video DVDs, most likely it's just a bad drive. Keep in mind also that early combo drives were very touchy and it's normal for the drive to dislike a DVD here or there. I'd return it to the source on Amazon and ask them to swap it out. Your computer (and any drives that are out there) are more than 10 years old, so regardless of whether the seller states "barely used and in good condition", it's going to be hit or miss.