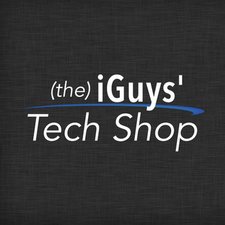 Could a replacement battery cause the camera to not work?

I own and operate a small Apple repair business and have significant experience repairing iPhones. I just ran into something today that I had never experienced before though...

A customer brought me an iPhone 4S that had the classic 4/4S "stuck" power button. While I was repairing that, he requested that I install a new battery since the phone was over 2 years old. I went about this repair as I always do, by first disconnecting the battery before disconnecting anything and removing the logic board. Everything went fine, the phone booted, I did some basic testing, and I sent the customer on his way. Normally I would test a few specific things, but I forgot to this time.

So then today I get a call from the customer, stating that the rear facing camera was not working. I told him that it was likely that I just didn't seat the connector properly. Unfortunately, once I got my hands on the phone, that proved to not be the case. I also tried 3 other camera modules, none of which solved the problem. A hard reset was performed as well, again, no changes. On the off chance that it had something to do with the new battery, I changed that out too with no success in solving the issue. I inspected the camera connector on the motherboard and the area surrounding it, and I could not see any damage. I suggested to the customer that he take the phone home, do a restore, and set it up as a new phone. He called me later and said that had no effect. He is sure that the camera was working before my repairs, and he is sure that it was not working nearly immediately after my repairs.

Anyone ever see this before, or have any suggestions? Seems highly unlikely that the repairs I did would cause accidental damage to the motherboard, but it's always possible I suppose.

Thanks in advance for any help anyone can provide.

I ended up replacing the phone for the customer so that I could have the phone and troubleshoot at my own leisure. I tried a restore on my own just to make sure the customer did the restore correctly, and indeed that does not solve the problem.

Hi there never heard of this before but one thing I have learned my time repairing phone is to check every function on the phone before and after for defects..

Definitely good advice, and I usually do check things out before and after. This particular customer is the fiancé of a friend of mine, and I think I let that familiarity with the customer affect how I treated the repair. Of course, I also know the person well enough to know that they wouldn't lie to me about whether or not the camera was working before I did the repairs.

A good suggestion, and thank you for it, but I already checked and confirmed that the front camera is seated correctly and working just fine.