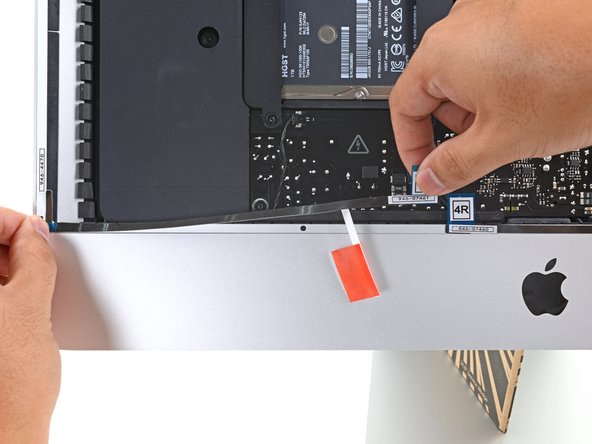 My iMac started to show occasional slow downs several months ago. As these issues become more frequent, I checked the console and indeed the dreaded disk I/O error messages were there!

A format and re-install from backup did help, but only for a limited time, after a week or so the messages were back. So only a new disk would help.

I saw this incident as a good occasion to increase the RAM from 8 to 16 GB. So I ordered the RAM chips (from Kingston) and a 256 GB SSD from Angelbird. These disks are bit more expensive, but they support the TRIM function and you don't need to fumble with an extra temperature sensor (the Angelbird SSDs report the temperature by themselves).

The repair went smooth: all I have to say to anyone trying this is to carefully follow the iFixit step-by-step guide. The opening tool is a bit fragile, the wheel got damaged after the operation, but I guess it was designed to be used only once. After all, the adhesive strips can also be used only once!

The improvement is fantastic! My iMac boots now in less than 12 seconds and login takes about 2 seconds. And all programs start incredibly fast! (Note that I am running MacOS X Server)

First an foremost, follow the iFix guide(s) very carefully; I recommend reading at least twice the whole procedure *before* beginning. Check all the photos. During the operation itself, I had the guide open before my eyes on my iPad and followed it step by step.

For those replacing the hard-disk with an SSD: I highly recommend the Angelbird model "SSD wrk for Mac" (http://www.angelbird.com/en/prod/ssd-wrk...), for several dollars more you spare yourself the need to use additional software to enable TRIM or persuade the fans of your Mac that the hard disk temperature is Ok.