I really screwed up 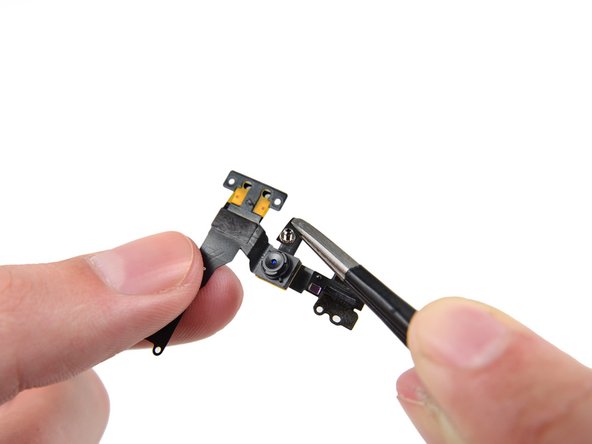 So I fix things that I break. I recently broke my iPhone 5 screen, and replaced it myself. Twice, plus a returned faulty one. I've replaced a couple batteries before, and know my way around hardware. A fellow student in my math class broke her screen, so my friend told her to go to me instead of Apple, which costs substantially more. I figured I could do it, make a quick buck and save my classmate hundreds of dollars. A win for capitalism, really. Unfortunately, during the repair, my hand slipped and I broke the cable that connects to the sticker (partially because I didn't notice it, as it was not present on my iP5.

Her front facing camera stopped working, so I bought this part. She was very understanding about the mistake.

A few days ago the package arrived. I opened the package and left it on the counter Apparently, that night my parents were having guests, which means major cleaning. Anyways I told her I could fix it this Friday and drive it to her Saturday. Well, here I am, with her phone, learning that it seems my mom assumed it was trash, which was just emptied today. I have spent two hours looking throughout the house. The phone's told me I could message her on Facebook, but apparently we aren't friends, so I can't even tell her what is gong on. I am waiting here feeling like a sack of crap. She's the kind of girl that actually uses the front camera, so this situation is pretty terrible. I broke it one night fixing her screen, failed to fix it a second, and will have to try for a third. I think I will get a replacement camera too, just in case I messed that up and would have to try a fourth time if I didn't have it on hand. I feel super guilty about this, but I don't know what to do. (Yes, I tried soldering/taping the broken part together with tears of desperation)

1. For some reason, the iPhone 5 camera is not connected to the backplate, but the iP5S camera is. Be careful, because the connection is a super thin wire.

2. Don't leave parts, even in labeled containers, where other people have the ability to discard your stuff.

3. Don't trust that kid in your calculus class with your phone repairs.