Unapproved Caller and Other Mac Misfits 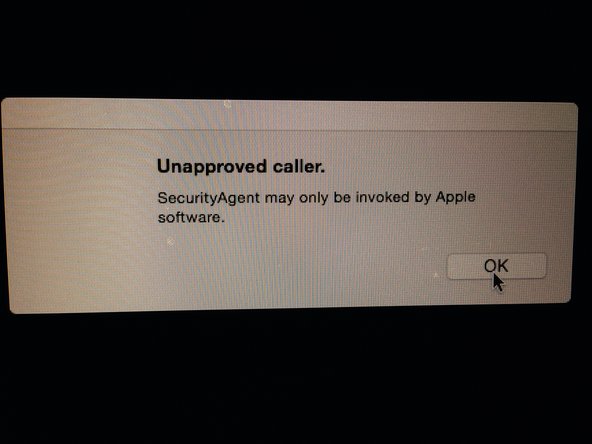 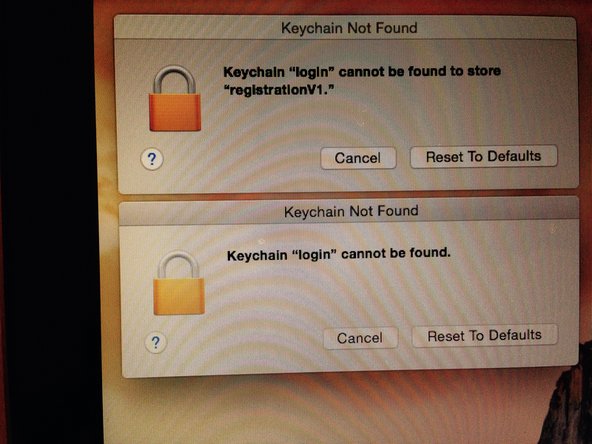 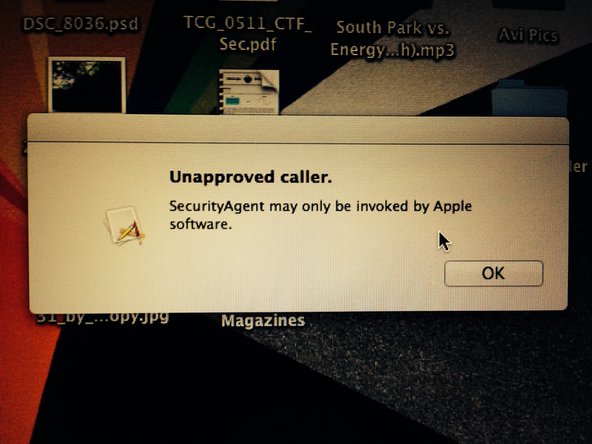 During a business trip my MacBook started to freeze. I did not know what could be the issue and finally I got a message when trying to restart: Unapproved Caller. Security Agent may only be invoked by Apple software.

Am I not using a MacBook? I had to do a double take. After I got my head not to explode I did a hard shut. When I restarted it all seemed fine, but shortly afterwards it began freezing again. Safari started misbehaving, and keychain would throw an error here and there at random.

The security agent message started appearing even when restarting so I could not use my MacBook at all. Sometimes it would not even get as far a even turning the screen on.

I left it alone for a while and then I started it again. Wow! It actually turned on and I was able to log in and was doing fine for a bit when again it would freeze and all the behavior described above happened again.

So I took it to the Apple store to the 'Geniuses'. They did all the checks that I had already done at home and when I told them about the Security Agent they knew nothing about it. So they just did a fresh install of the operating system and when I got home it started happening again. Of course while I was at the Apple store the Security Agent message and the freezing did not show up o_O

I swear I felt like I was taking crazy pills.

I read a bunch of things online and everything that was recommended fixed the issue for a hot second, only to come back after an undetermined amount of time.

Finally I read that some people had had this issue and that nothing worked ONLY after they changed the HD Cable did the issue get resolved!

I was totally skeptical...how did the HD Cable have anything to do with my issue...

So finally at the end of my rope, right as I was about to give up on my MacBook I decided to give it a try.

I searched for my MacBook HD Cable and got to iFixit. I read some of the comments and figured that this was my last attempt at trying to fix my MacBook.

The repair went fine for the most part. I hit a snag on two screws. Not the one by the IR receiver but the other two. Those two suckers did not want to come off and started to get shaven to the point that I was worried I would not be able to get them off at all. Everything else was already done and I just needed those two off to replace the cable.

Finally I ended up just ripping the cable off and removing as much of the material from under the screws. Still those screws did not want to come off. I pushed down really hard and turned and lo-and-behold they finally started to move!

Make sure you have the right screwdrivers and don't be afraid to be rough on those two little screws (if they don't come off easily).

I followed the guide and it was absolutely accurate and so easy to follow. If it wasn't for those two little screws I could have been done in less than 15 min. 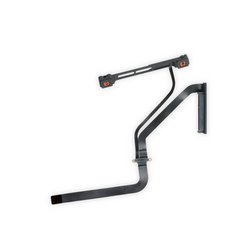