Joanna Stern at the Wall Street Journal used to have two water-damaged MacBooks, a Pro and an Air. After checking with a few repair shops, she now has a working Pro, a busted Air, and two great illustrations of what the Right to Repair fight is all about.

Stern’s WSJ post, “How the ‘Right to Repair’ Might Save Your Gadgets—and Save You Money,” sits behind the publication’s paywall. If you can read the whole thing, please do so. Stern’s journey to fix two MacBooks illustrates the most fundamental aspect of the Right to Repair movement. When independent fixers and repair shops have access to parts, tools, and repair data, they can often fix devices that the manufacturer won’t fix, charge far too much to fix, or sometimes outright block others from fixing.

Stern’s video, “Apple Store vs. Repair Shop: What the Right to Repair Is All About,” is not pay-walled, and covers similar ground.

Stern had a 2017 MacBook Pro and a 2020 MacBook Air, both seemingly done in by water spills. She took them to Apple, where a Genius quoted her a $999 (non-AppleCare) repair for the Pro (almost certainly a full board or full unit replacement), and $799 for the Air. Stern notes that a brand-new Air now costs $999. An Apple-authorized repair shop quotes even higher prices, because they’re essentially sending those devices off to Apple; even authorized shops are not allowed to try and fix board-level damage. Apple provides a bog-standard quote quote about safety, reliability, and using “Apple-genuine parts.”

Stern brought the Pro to Simple Mac and Rossman Repair, and got quotes of $350 and $325, respectively. She goes with Rossman, who just happens to be a notable Right to Repair advocate. Rossman, using working chips from an otherwise busted MacBook Pro board, and schematics he’s technically not supposed to have, replaced the busted chips and got it working. Stern pinpoints the difference in repair shop versus Apple:

Apple would have replaced the whole motherboard with a new one—thus, the higher price. The company spokesman said Apple has found individual chip replacement to be unreliable.

I wrote this whole column on the fixed machine.

The Air can’t be brought back to life, however, because it’s so new that no “donor boards” are available yet. And, as you might guess, Apple doesn’t sell individual chips, and often works to prevent chip makers from selling them.

Stern talks to parties on both sides of the Right to Repair battle. One quote we were happy to see comes from Tim Wu, special assistant to President Biden. Wu worked on Biden’s executive order that pushed against repair restrictions. He tells Stern that making her laptop repair a more simple process shouldn’t be so controversial:

“It isn’t like we’re asking for something that’s impossible. It’s something that’s easy to do: Provide parts, provide information and let people really feel like they own their own devices,” … “It gets to deeper questions about autonomy and control.”

Tim Wu, special assistant to President Biden on for technology and competition policy.

Again, it’s worth reading or watching Stern’s Allegory of the Water-Damaged Macbook for the details. More coverage like this is needed to remind people of the wallet-level issues at stake for everyone. 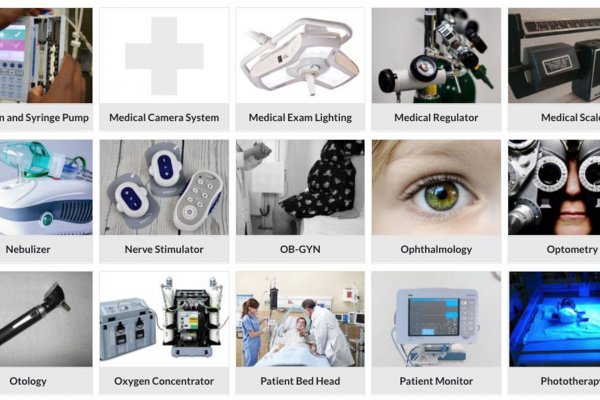 I would like to know how to repair my MacBook Pro late 2011 13” speakers. Not how to replace speakers, but how to repair speakers. This lovely website ifixit.com offers used speakers with a Lifetime Warranty. What alterations or repairs allow used speakers to carry a lifetime warranty? I researched a bit and found only 2 sources or methods on how to repair existing speakers, and it involved rubber cement. I’m assuming the rubber cement acts like a type of conductor for vibration, sound(?) as well as sealing any gaps or tears of the material around the speaker. Again, I’m guessing. I would really appreciate any advice or resources on how to repair speakers to be reused. Thank you.

I wonder if you are aware of the buyer beware in the field of mobility scooters and the thwarted ability to repair them. The big problem is that no one is allowed to have the needed repair info unless they are a certified dealer. This kinda looks like something that is written up by internal lawyers and companies that without our knowledge co-operate with each other to insure that prices are controlled. The company that I have first hand dealings with advertises that my scooter is reprogramable . They will not reprogram it to my desired parameters. They will not tell me who will. They will not give me information about the reprogramable controler saying that they would suffer liabilities in the event of accident with a reprogrammed controler. What is the advantage for the prospective buyer like me(paid for in full by me). This failure of the provider to make changes to his product seems to border on fraudulent advertising. This industry is so tight that no light can escape. It is so wrong.

Why should the effort, cost and resources to support the Right to Repair fall on Apple? When that avenue is likely to be nothing but heartache for the vast majority of users? Do you have any idea how complex it would be to track changes of which components actually work with which production run of which boards? There’s a very good reason to distill field repair to the board level.

Forcing any company to support such a huge engineering and logistics project will simply make that company’s products cost more. Why should I have to pay for Joanna Stern’s apparent lack of concern and dexterity that caused water damage to MULTIPLE of her products? I’ve never spilled any liquids on my electronics products and I object to paying higher product prices to compensate for Joanna’s clumsiness.

Not sure if you’re a troll or just obtuse. If the latter, allow me to explain. Apple is one of the most popular brands of consumer electronics. This popularity makes them the ideal subject of this article. This does not mean that Apple is the only company that is to blame. However, Apple is notorious for being anti-repair. From their sales tactics that they use on customers that come into the Apple Store with needed repairs to using proprietary screws to prevent prevent third-party repairs (including self-repairs). They also electronically pair an increasing amount of components in their phones with the motherboard that cause certain key functions to be disabled if replaced by anyone other than Apple. What it all comes down to is that Apple is a company that has proven to not have its customers’ best interests in mind. They simply want to vacuum every last dollar from your wallet.

People, just think about environmental impact! Instead of wasting two laptops, she got one back, and don’t need to buy new. Only one is wasted, and parts of it will help to reanimate another one, or it will be reanimated later, then parts will be in better availability. People who can replace chips are heroes of the time and future. I got my IPhone 7+ water damaged after 3 years of great service, and I remember it was positioned by Apple as waterproof. The button leaked, and I had to replace button and screen for cheap versions, cos only that was available at fix shop back then. And fingerprint doesn’t work…