The grayed-out speaker icon on an iPhone 7 or 7 Plus, while you’re making a call, is one of the most subtle but frustrating errors you can encounter. Why is your phone blocking this one way of speaking into your phone, or sometimes stalling on startup, but otherwise seemingly fine?

The answer involves an integrated circuit (IC) audio component, moving around slightly inside your phone and becoming unseated over time from normal use. Apple should be aware about the issue at this point, sometimes called a “boot loop disease.” It’s an issue that one repair shop still hears about “everyday from all over the world.” But even with this knowledge, you’re very unlikely to still have a warranty on an iPhone 7 or 7 Plus by this date. Luckily, this issue is a known entity in the repair field, and technicians who work in microsoldering can fix it.

An inaccessible, grayed-out speakerphone icon on your iPhone 7 or 7 Plus is the most obvious issue with a faulty Audio IC. You might also see the Voice Memo app icon grayed out, or refuse to start up or record. Your phone itself may take a long time to boot up, or seem stuck on the Apple logo, although you can often click the home button to get back to your apps. 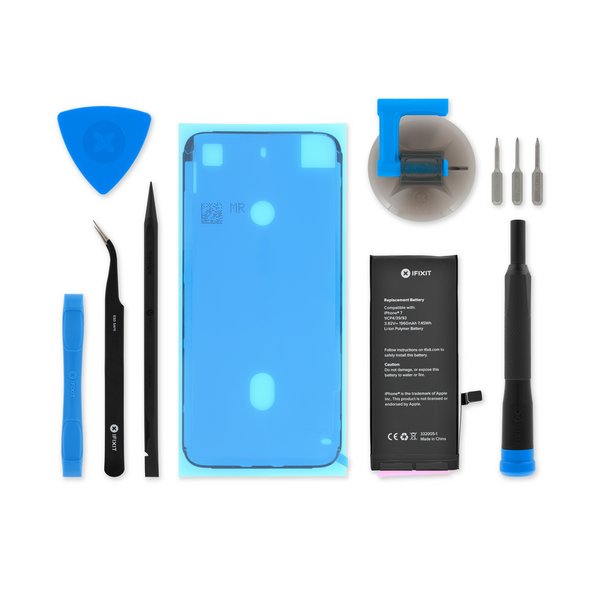 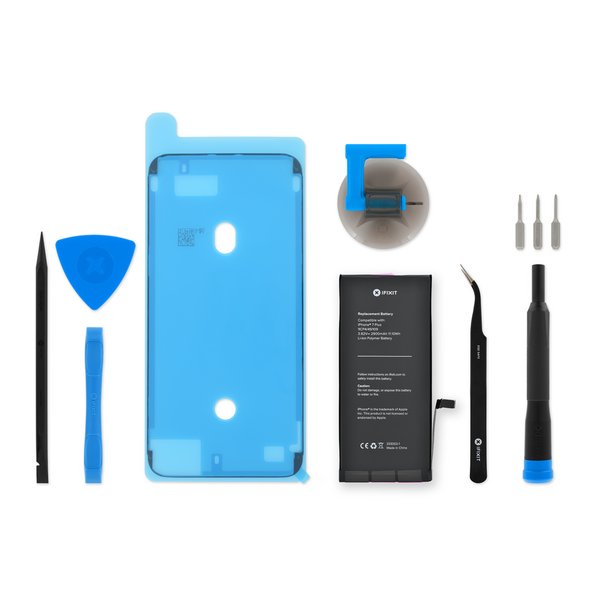 The issue is that the Audio IC chip has come loose from the main logic board, usually on just one pad, but that means the iPhone cannot access the speakerphone for calls or voice memos. By running its typical self-checks on boot-up, the phone is stalled checking the Audio IC, which is present but has this partial issue. Microsoldering expert Jessa Jones, whose shop confirmed the ongoing nature of this issue, explains the problem in detail in an iFixit Answers post:

The C12 pad for the master clock line of the audio ic chip on the logic board gets stretched/lifted/pulled/weakened simply from normal use of the phone … [T]he iPhone logic board is screwed down into a relatively flexible/bendy housing and this causes the logic board to experience flexion forces that it can’t handle. (Similar in concept to bending a paper clip back and forth a few dozen times.)

In other words: one or more of the soldered pads that hold the audio chip in place, already weakly attached, have come loose through very small amounts of bending and stretching force.

You can try asking Apple to repair or replace your phone. Some replies on forums (Apple discussions, Reddit) suggest that Apple knows about this issue, and has offered some customers replacement phones. Given that the iPhone 7 and 7 Plus were released in the fall of 2016, however, there may not be many replacement phones to give customers, or much sympathy for the issue to begin with.

Those with skills in microsoldering, however, can readily fix the problem, and ensure it does not happen again. This entails removing the chip, fusing an extremely tiny wire around the faulty pad to strengthen its connection to the board, and then re-seating the chip. You can watch Jessa Jones fix an iPhone 7 with an Audio IC issue on a livestreamed repair session:

Apple device data recovery pro Frederico Cerva doesn’t go into quite so much detail, but generally walks through the issue:

SoCal Digital Repair shows how the repair is done in a blog post.

Look for a repair shop in your area that offers microsoldering work. If you can’t find one locally, consider mailing in your device for service to a reputable shop. While it’s not as easy a fix as a battery or screen replacement, it is a known issue that can be fixed and make your still-good iPhone 7 work for you once more. 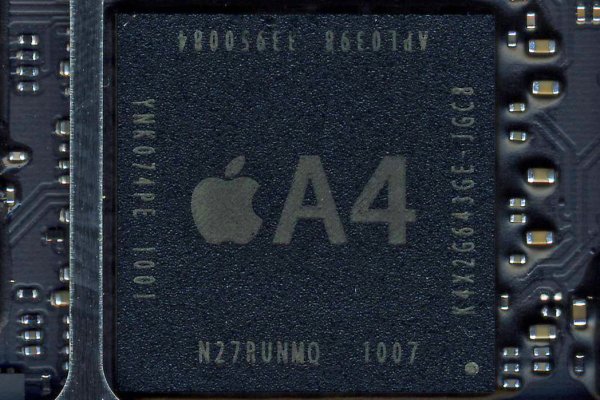 Well, i do believe in Jessa’s way. But, I fixed it few time just by applying hot air to the chip without removing it. The connection will be good again after the ball below chip gets liquid and stuck to the pad. Check on youtube this guy : https://www.youtube.com/watch?v=nxpiQ6wp...

While this method may work for you, it is not without risk. As you said “your” fix is not permanent, which means you have to do it more than once. Each time you heat up your board means stress to the components on the board. If you reflow the solder on the board without adding flux the solder becomes brittle, which could lead to more severe problems down the road. So if you plan on keeping your device for the foreseeable future it is better to go to a repair shop and get a lasting fix.

I thought I’d tried everything to fix this then I saw a comment that said turn The phone on and off 5 times. I wasn’t hopefully, Apple had quoted £287 to repair or around £80 By a 3rd party. IT WORKED. Turning the phone on and off 5 times solves the issue!!! I’d totally erased and reset all settings, updated the software and restored. Plus spent a couple of hours chatting to Apple support. Then this little gem popped up on a thread and worked, I’m beyond pleased!!

OMG, Jen; you saved me!! Thank you for posting what you did regarding rebooting the iPhone 5 times because of the no audio issue. I was on the verge of cracking it open and doing a solder.

Rebooting the iPhone 5 times in a row? Can you elaborate more how you did it? Do you mean just shutting it off or clicking both buttons to restart it, also ot takes like 15minutes to reboot each time I do it, did it happened to you too? I’m about to buy a new phone cause this issue

Thanks Jen!!! Turning mine off and on 5 times fixed my issue also. I couldn’t hear anyone on a call and no one could hear me. Thank you!

Actually surprised, but this worked for me as well!

I’ve just created an account to be able to say OMG thank youuuuuuu!!! You’re a life savior!! Had no mic, no sound, no nothing, and this solved it!

This tip was fantastic!! Worked for me too!

I had just returned from Apple who told me my phone was not fixable and told me I needed to replace phone.

my carrier plan otherwise I would have purchased new phone . MADE MY WEEEK!

Unbelievable! That worked for me as well. It’s been driving me nuts for years.

From the phone’s ON state: power off, power on and wait for passcode prompt. Repeat 5 times, and then enter passcode.

You’re the goat! Did the problem ever occur again?

Thanks again for posting this, just came across this problem on a users’ phone and figured after the article that replacement was due, but heck if this didn’t work to get her back up and running.

I’m amazed. I thought this was a joke. I returned from an Apple “Genius” today who suggested a 350 CHF replacement iPhone 7 after running some tests on the phone. After doing the 5 times restart it worked again. THANK YOU!

Hi, do you mean to turn the iphone on and off ? or reset all setting ? thank you!

WOO HOO!! That worked for me too! Just held down the side button until I could turn the phone off and did that five times in a row and it now works!! I didn’t have to reset the phone to factory settings or any of that stuff. You rock, Jen!!!!

Ok I just did a Power shut down (holding the button down on the side) and power up 5 times In a row and it works now! iPhone 7 Plus speaker is not gray and voice memo now works. I had called one shop and he said it sounds like a micro saldering would need to be done. Then I found these comments on google. Thanks for the tip!

I just did the soft reboot 5 times in a row (just click power button and slide off and press power button again to restart), I was thinking there’s no way this works and it DID!!!

Surprise surprise - power on off 5 times worked for me too!

This worked for me too! Lifesaver!

I had just returned from Apple who said it was not fixable!!

Unfortunately, this did not work for me.

It worked for me too!! Thanks so so much!

10/22/21 This worked for me as well today ! I have been trying everything else I could find out there and this fixed it.

This is an Amazing workaround . It worked for my Iphone 7 as well but to be specific I had to shut it down and restart it 5 times but it did not work at first as I did not input the password 5 times , then I tried again but input the code this time and it worked like a charm. Many thanks to the person that has helped so many of us in here.

I did too but it’s not working on my phone

God bless y’all, Love to whoever came up with this, and those who circulated it.

It worked for me today! March 20, 2022.. you need to unlock and restart your phone 5 times….pretty neat hack

It worked for me, 4/3/2022. You power off, power on, enter passcode and repeat 5 times conservatively (without taking any break)!! Thank you for sharing this.

I had same problem with my phone and just fixed problem. Rebooted 5 times entering passcode every time and now works perfect 👍

I’ll be damned… Turning my iPhone 7 Plus off five times actually brought the speaker, microphone AND home button back to life. Excellent!

Worked for me as well. Ever since updating to 15.4.1 I've had this issue as well as random shutdowns and other stuff.

my speaker is still not working, turned it on and off 5 times but nothing:(

I did this to my boyfriends phone and it WORKED!!