Two years ago, Surya Raghavendran was going for a run in his neighborhood of Ann Arbor, Michigan, when his iPhone 5c fell out of his pocket. When he picked it up, the screen was completely shattered.

“I didn’t want to tell my parents. I went to the Apple Store, and it cost $120 to get it fixed,” recounted the 17-year-old high school senior. “And then it turned out the screen they gave me was broken.” To make matters worse, a dead zone had surfaced after he got home.

Not wanting to spend even more money (or more time at the Apple store), Surya watched YouTube videos about how to fix the broken device himself. He realized the repair was just a matter of removing a few pentalobe screws. So Surya bought a third-party screen from Amazon—and issued his first foray into the repair world.

“It took about two hours, and I learned a lot,” Surya said. “I realized that it was easy enough for anyone to do, and that Apple is just ripping people off.”

The experience was so impactful, in fact, that it inspired Surya to start his own electronics repair business, SKR Screen Repair, where he offers reasonably priced screen replacements with OEM-grade parts to his neighbors, friends, and classmates.

“That blew up during my tenth-grade year. I was doing 3-4 screen replacements a week, and I made a [website] detailing my prices and saying that I use OEM[-grade] parts.” He also made an Instagram for his business and used Google Ad Space to better advertise it.

Surya’s parents were concerned that his budding repair business was distracting from his schoolwork.

“My mom found a box of $100 bills in my room and thought I was doing something sketchy,” he recalled. “And my parents had paid for my first screen and everything. But then, after a while, she realized that what I was doing was actually something really cool and good.”

In April, Surya read about iOS 11.3 bricking iPhone 8 devices with aftermarket screens, and he realized there was a more malicious force propelling third-party repair than just shattered screens and outlandish service prices.

“I started watching a lot of automotive stuff, like Rich Rebuilds and other YouTubers who would buy salvaged vehicles and repair them. I also watched Louis Rossmann, where I learned about planned obsolescence,” he said. “And I was wondering, what can I do? So I went to Repair.org, and they suggested reaching out to state legislators.”

Surya sent a long email to Michigan State Senator Rebekah Warren, and, to his surprise—she responded.

“I thought, wow, people are actually listening to me! And then we set up a meeting, and [Senator Warren] told me to start a petition, so that’s how it started.”

Surya’s petition to introduce Right to Repair legislation in Michigan has over 700 signatures to date, and it’s garnered support from Nathan Proctor and other prominent figures in the repair community.

Surya is coming for you, Apple. #RIghtToRepair https://t.co/Dyad3rv9QD

“People think it’s way too complicated to fix their own devices. They think that the engineers and PhDs who make the phones are way above them,” said Surya. “And they’re not.”

He recalled a time when one of his neighbors had a broken Razor motorized scooter and was going to throw it away for a new one. Surya took a look at it and discovered that a few chain components were missing and needed to be replaced, so he helped his neighbor find some documentation and manuals detailing how to take it apart.

“He eventually figured it out,” Surya said. “People just need to spend more time with their devices and take a closer look at them to see what’s wrong and how to fix it.”

On top of his activism and sage repair wisdom, Surya is currently applying to colleges for mechanical engineering, so he can make a living out of tinkering. We have to say—hi colleges, hi repair world—we think this kid is bound for great things. 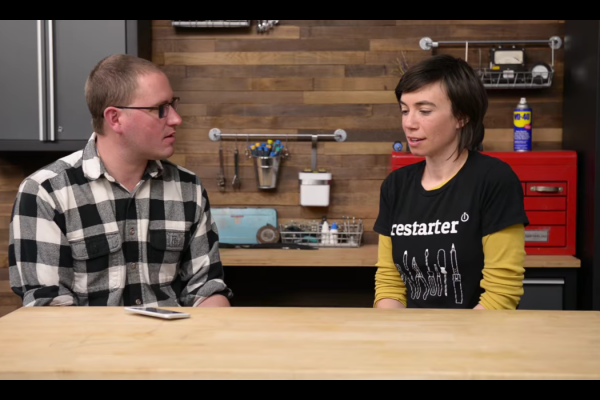