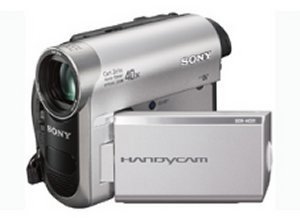 Sony released the first camcorder in 1983, the Betacam system, for professional use. Originally, camcorders were an electronic device that combined a video camera and a videocassette recorder. Until 2006, when digital recording became the norm, camcorders were tape-based, recording analog signals onto videotape. With portable recorders, recorded footage could be aired on the early-evening news, since there was no need to develop film. Also in 1983, Sony released the first consumer camcorder, the Betamovie BMC-100P, which rested on the operator’s shoulder.

Then, digital technology came forth with the Sony D1, which recorded uncompressed data and required a large amount of bandwidth for its time. Along with other video-camera manufacturers, Sony launched DV, a format for storing digital videos. As a result, camcorders using DVD media became popular at the beginning of the 21st century due to the convenience of playing videos in the family DVD player.

High Definition (HD) video format was introduced in 2003 and was initially intended for professional camcorders. Also in 2003, Sony introduced the XDCAM tapeless video format, including the Professional Disc (PFD). Then in 2014, Sony announced its first consumer 4K video camcorder.

New models of the traditional camcorders are in less demand now as consumers prefer recording video on their smartphones, DSLRS, and action cameras.