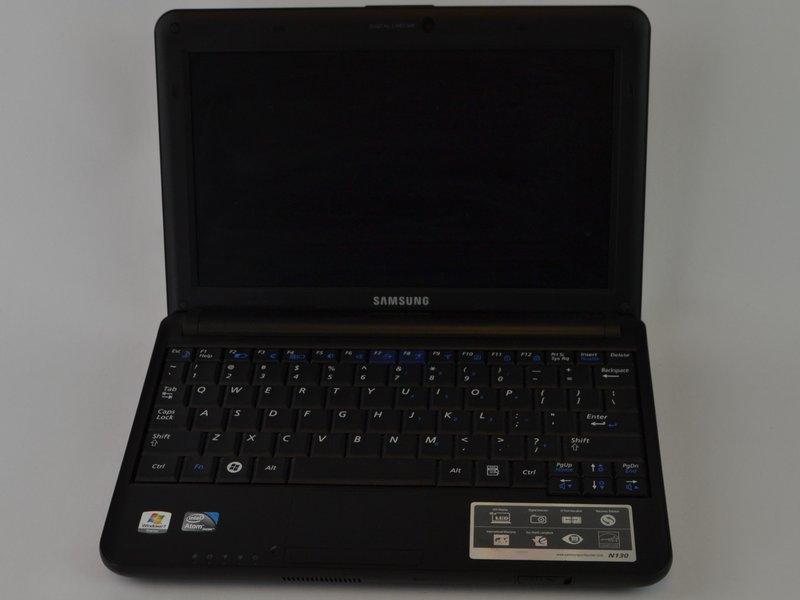 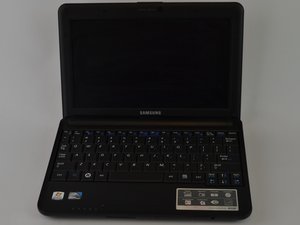 Author: Jason Schnebelen (and 2 other contributors)
Create a Guide
I Have This

To solve problems with the Samsung NP-N130-JA01US, check out the troubleshooting page.

The Samsung NP-130 is a budget netbook released on April 23, 2010. The netbook was only available in the United States as refurbished from Samsung. The netbook comes in fingerprint-resistant flat black. It includes a 10.1 inch LED backed display with 1024x600 resolution, which is the average resolution for similar netbooks. It has a nearly full-sized spill resistant keyboard and track-pad with a single button mouse. It comes with wireless capability as well as embedded jacks for Ethernet, three USB ports, microphone and headset inputs, as well as a port to connect a VGA monitor. The device is powered on by a slider button on the bottom right corner which is characteristic of this model. The device is energy efficient and gives its 6 cell battery over six hours of battery life, which is average for a netbook. It has a built in digital webcam and the entire unit weighs 2.8 pounds.

It is powered by the 1.6 GHz Intel Atom N270 processor with 1GB DDR2 SDRAM memory with a 160 GB hard drive. As will most netbooks, the device is lacking in memory for most modern tasks, but is easily up-gradable with an access cover on the underside of the unit.

It runs Windows 7 Starter Edition which is only inferior to Windows Home Premium Edition by the inability to change the background image.

The NP-130 has been discontinued but can pop up online for around $250.