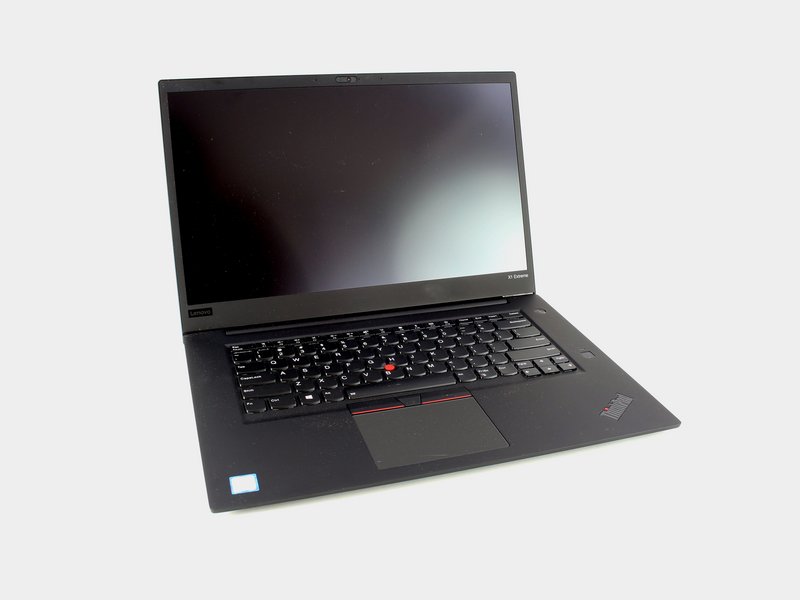 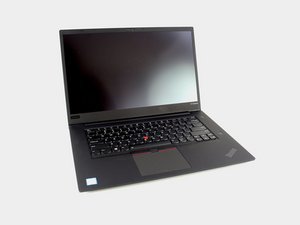 The Lenovo ThinkPad X1 Extreme (Gen 1) is a high-end multimedia laptop designed and manufactured by Lenovo. It was released in 2018 and is identified by the model number 20MF-000LUS.

Author: Samantha Soto Alejos (and 3 other contributors)
Create a Guide
I Have This
Do you know which kind you have?

If you are having difficulties with the Lenovo ThinkPad X1 Extreme (Gen 1), try referring to the troubleshooting page.

The Lenovo ThinkPad X1 Extreme (Gen 1) was released to the market in August of 2018. It is a high profile work computer, equipped with robust security and privacy features, attracting IT administrators in the workplace. It originally retailed for $1,673 USD for the base model, but now retails for $1469 USD on Amazon. With all additional modifications, the price of the laptop can reach $3,149. It sports a sound system designed by Dolby Atmos, six Intel H Series core processors, and NVIDIA GeForce GTX graphics.

The laptop was designed for younger customers as it offers options for virtual reality (VR) and advertises gaming as a function. However, the laptop also includes business-centric features like facial and fingerprint recognition, USB-A and SD card ports, MIL-STD 810G certification (exposure to shock, heat, humidity, and dust while still functioning) with a spill-proof keyboard and a long battery life. In fact, the long battery life of the ThinkPad is one of the most praised components of the laptop. It advertises a 15-hour battery life and the ability to charge 80% of the battery in one hour. With this large battery, however, the computer tends to overheat often, especially while charging. Users have noted that their ThinkPads are hot to the touch and the fans are incredibly loud and almost always on.

It is a sleek matte black laptop with a small red button in the middle of the keyboard. It has a 15.6-inch display and a screen side camera that allows the user to video chat with other users. Under the laptop, it includes a manufacturing sticker that reads “Lenovo ThinkPad X1 Extreme”.

How to remove, clean, and replace keys.