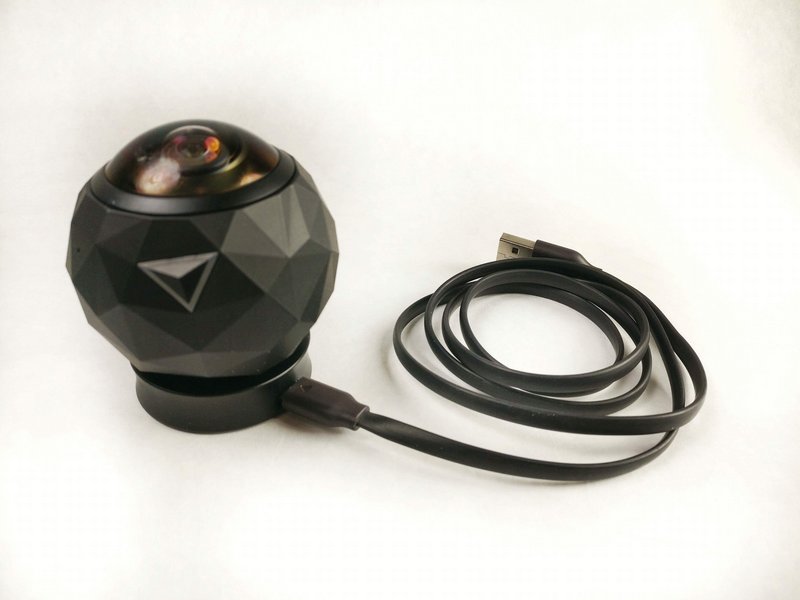 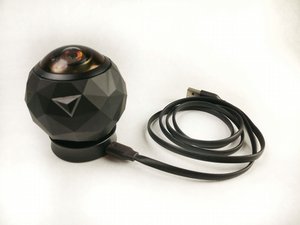 The 360fly 4K is a camcorder capable of capturing both 360 degree and point of view recordings in 4K resolution. It can be identified by it size and weight: a 61 millimeters sphere and 172 grams.

Author: Jacob Herron (and 2 other contributors)
Create a Guide
I Have This

The 360fly 4K is a 360 degree camcorder released in May of 2016. 360fly’s technology, originally designed for aviation and military use, spun out of Carnegie Mellon University’s Robotics Institute in 1998. 360fly has applied decades of research in robotic vision, image rendering, and software interface expertise to the challenge of creating interactive panoramic still images, prerecorded, and live streaming 360-degree video.

This device can be identified by its unique sphere shape and stands out from the regular 360fly by LED lights surrounding the triangular button on the shell as well as the name, 360fly 4K, etched on the bottom of the device around the mounting port.

The 360fly 4K is capable of both 360 degree and point of view recording. Its case is waterproof and durable ready for any situation. This model has both wifi and Bluetooth connectivity as well as 2880 x 2880 pixel resolution. Inside it has a built in Accelerometer, E-compass, Non-assisted GPS, and Gyroscope.

Comparison of 360fly 4K to Other 360 Degree Cameras