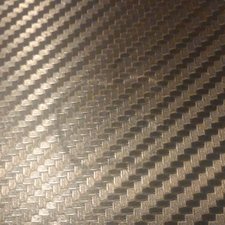 During phone call I can only be heard in speaker phone mode.

When I am using the phone to make or receive a call I can only be heard when I put the phone in speaker mode. I can hear the person on the other end fine with the phone to my ear or in speaker mode. It has never been in contact with any liquids nor has it taken any big drops or hits. I have already replaced the speaker assembly and that did absolutely nothing. I've tried cycling the speaker mode on and off during a call and applied pressure to various spots around the edges, to the front and back. Am I looking at a logic board problem or an issue with the ambient noise dampening microphone? Thanks in advance for any and all feedback!

does the microphone work in the voice notes app?

Salam, when i put my phone on speaker during call, the other person can't hear my voice, what should i do?? I have oppo f3

I have the same problem. The other person can hear me only in speaker mode. This happens on international calls made via Google Voice or WhatsApp. Calls within the US are OK in ear-mode. Any ideas?

I can hear but I can't be heard when using speaker

There are two possible reasons for why your phone isn't picking up your voice.

1. You are having a software issue. Since you said you never dropped it or had it come into contact with water, there is a possibility that you just need to do a software restore and it may fix the issue.

There is a third possibility which is a malfunctioning headphone jack, but since you stated that you can hear from the earpiece while on a call, then that tells me that you are not having the headphone jack issue that I suspected.

Hi!i couldn’t hear the voice while M making call even on loudspeaker