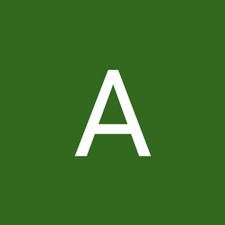 I would like to ask if the MacBook pro 16" 2019 (latest model with intel) still has problems with the display connection. On my previous MacBook Pro 15" 2016 my t-con board stopped working out of the blue (display image went off and never came back on, had to replace the display) and I was told it was a manufacturing defect and could happen again. Has this problem already been solved or could something happen to my new MacBook Pro 16"? I was also advised when troubleshooting the display that there are also wear and tear issues on the flex cable between the display and the bottom if I open/close the display frequently. Does this also apply to the 16" macbook pro? On the older model, I also had a problem with the anti-reflective layer coming off on the places where it touched the keyboard. Can this be prevented somehow? I read that using the original "paper" that was placed between the display and the keyboard will prevent this. Is it true? I've also read that this problem can be exacerbated by carrying it in a bag where something puts pressure on the display lid. Is there a case that would prevent this? Alternatively, do you have any experience with protective glasses / foils? Someone claimed that the foil helped him, while others claimed that it damaged the display because it creates pressure on the display from the inside. I'm also wondering if you have any tips, tricks, things to watch out for when using this mac so that it lasts as long as possible in perfect condition.

Thanks for the answers

You have a lot of junk logic & science mixed into your question.

The only issue any display faces is being sat on causing excessive pressure cracking the metal oxide traces on the glass LCD which moves the signals from the driver logic to create the image. Placing anything between the display and the keyboard is more likely to enhance the possibility of damage as you are now taking up the space for the display to flex into before hitting the keys.

There is nothing you can do to enhance the protection or prevent damage. I do recommend getting a good case and mind where you put the accessories! I always use a different bag as even a charger brick pressed into the lid when something heavy is placed on top or wedged besides it will crack your display. A second issue is forgetting to take even a paper clip or staple sitting on the top case so when the lid is closed it presses on it damaging the chin plate or display.

OK, thank you, but how can I prevent staingate then? I have it on my MacBook Pro 15" 2014 - keyboard and trackpad are printed to the display, because they removed antireflective coating in some places. I would like not to see something like this in a few years on my 16" 2019 model.

That’s a very different question! StainGate is a failure with the anti-reflective coatings. You can’t fix it most people just remove it and live with the glare. Can’t alter the risk as Apple doesn’t offer a mat screen.

I had someone who does glass etching mat finish my 2015 15” MacBook screens. It took us I think four attempts to get it just right. I had three screens done. I also use a larger 27” and 34” displays when home (I’m. Photographer at heart)

Yes but the questions isn't how to solve existing staingate issues, but how to prevent it from happening on new model.

You really can’t prevent it, once the coatings are damaged that’s it.

The coatings now used are better than what they had back in 2015 and the bigger mess was the top coat failed, but over time can be rubbed off.

Well… it’s not that simple!

All of the Intel models face a heat issue as the CPU & GPU chips are located very close to the T -CON board with the heatsink assembly, so heat will get to it cooking it! So what’s important is keeping the vents clear don’t run your system on a fluffy bed or shaggy rug as both will block the vents! Then yearly you need to clean the fan blades as well as the dust buildup within the system. I also strongly recommend installing a good thermal monitoring app so you can visually see your systems thermals and boost the fans RPM. I find this one as being the best CoconutBattery

The design Apple went with a very thin display assembly also leaves the space for the cables to fit very tight. A bang along the black clutch cover or the glass chin plate just under the display can punch a hole into the cables or cause it be bind up creasing it. The earlier issue of a short cable on the backlight cable FlexGate issue which was an issue in both the 13 “& 15” 2016/17 systems. Apple did lengthen the cable in repaired systems and 2018 and newer systems.

The newer M series run much cooler so the T-CON board doesn’t cook, the second wave systems even moved some of the logic to the main logic board which might improve image stability.

So to sum it up, would you recommend setting the fans to higher speeds than the default? That sounds like a good idea as I still work with headphones and don't care for the fan noise. What temperature should I be aiming for on this model?

I also didn't quite understand how it is with the flex cables to the display. Can they still wear out just by opening and closing or are they already damaged just by hitting the side they are on?

And I would also like to hear an opinion on the anti-reflective layer of the display. Will carrying the original thin paper closed in the MacBook help or should I put a protective film on it?

Unfortunately, I can never switch to M1 pro because I need native windows. Thats why I bought this model.

No not set them at a higher RPM alter them when the system needs more cooling. Your workflow is what you need to monitor to then figure out what’s the best point to engage more fan RPM. There are enough sensors to figure it out.

Nothing on the the keyboard keep things clean.