What is required to install the 2019 MBP 16 VRM Cooling Mod?

There has been much discussion around 2019 MBP 16 VRM Cooling Mods to address high temps and fan noise. What tools are required, and will iFixit sell a kit with the required thermal pads?

So you drank Bleach because Trump said to! This is mysticism of the nth degree!

Please don’t do this! The person proposing this is not understanding how the systems heat is managed and how all you’re doing is cooking your system. In this case you’ll kill the display in no time! 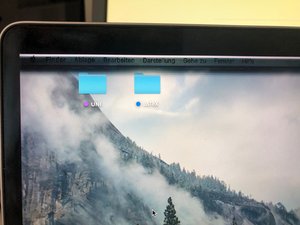 This is what kills the T-CON board

Intel did not do Apple any favors pushing out the hot running 9750H, 9880H & 9980HK 14 nm 9th generation Coffee Lake CPU’s. Apple had designed the 2016 model with the expectation of getting the MIA 10 nm CPU’s which would have run a lot cooler! Apple throw-in the towel and stopped using Intel chips. It was only in the last quarter of 2020 did Intel ship in very limited quantities their 10 nm chips and only the low end versions.

With no options they shipped the 2016 ~ 2020 series which are all highly flawed. We’ve seen the Butterfly keyboards fail, the T-CON’s fail caused display issues and batteries fail from over voltage charging swelling up.

If you are a serious pro you want to stick with the older (Yes! I did say older) 2015 MacBook Pro until Apple gets the M1 16” model out.

So what is this person doing anyways placing thermal foam tape over the chips expecting it to transfer the heat to some where? Where??

This is not a solution just a mess!

OK, so how can I get some better performance from my system?

Get a good thermal monitoring app like TG Pro then using it to push the fans harder to cool the CPU/GPU chips. But what about the VRM’s? There is enough cooling across them as is. But that assumes the system is not loaded with dust! Clean the fan blades and heat sink fins as well as the logic board of any sitting dust.

Yeah - for thermal pads to be of any use, they would need to transfer the heat to the case, and so must be thick enough to do that.. Otherwise they are basically acting as insulators. Also thermal pads only start giving you some benefit when there is a lot of heat. Nevertheless I did read on the Mac subreddit that someone did this and indeed their MBP was able to run at a higher boost clock for longer due to better heat dissipation.

Head over to the subreddit at https://www.reddit.com/r/macbookpro/comm...

… there’s a discussion about it with someone who added heatpads. Got good results. On a tangent, I found that as a user of multiple displays, that means the dgpu in the mbp is always on so the unit runs hot. Adding a egpu brings temps right down as driving the screens is offloaded.

@OscarCharlieZulu - What can I say This is mysticism of the nth degree!

It has no basis of physics or scientific process. It's someones wishful thinking.

If I squeeze an ice cube I can make a diamond! A magician can! But, that's slight of hand not real.

“It has no basis of physics or scientific process. It's someones wishful thinking. “

What….it transfers heat from the VRMs to the bottom of the macbook…it uses the aluminum bottom as a large heatsink…it’s pretty simple if you think about it. Did you not pass grade 6 science?

And the diagram Dan posted with his response…according to it there is zero airflow over the TCON, so how does putting thermal pads on the VRMs prevent TCON ventilation? Air pushes out the heatsink fins, not where the TCON is.

@danj your reply makes as much sense as a $@$* sandwich

The VRMs heat is not the real issue in any of the system which have the T-CON in the upper case. If you use thermal/IR monitoring tool you'll see this.

@Investor Z - Correct the T-CON board is isolated by a sizable wall from the cooling air flow.

The thought process I suspect Apple had was the wall would prevent heat from getting to the T-CON and the air flow would cool the wall. The issue with that idea is they forgot about thermal saturation! A system running hot for a long period would buildup heat (IR energy) within the wall frame from the heat sink and the little air getting to it would not likely shed the heat. The heat would then pass through the wall and as the T-CON is active it has its own heat.

If they had setup a Venturi Effect air flow based on the Bernoulli principle so the air flow could pull the air out of the contained T-CON space then that would have helped!