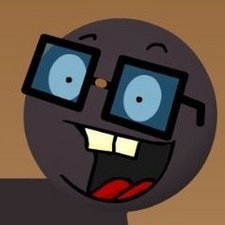 Black Screen, no power for backlight

I have an iPhone 7 plus that had minor water damage. Removed the screen, removed the logic board, cleaned out the entire device made sure it was 100% dried out. Replaced it all minus the screen. Used a new screen and attempted to boot the device. Red Battery icon with black screen. Perfect, just need to charge it right? As soon as the device acquired enough charge to boot. Black screen. No more battery icon. The device is detected by my PC and iTunes but the screen remains black. I can hear audio sounds from touching the screen and when the data/charging cord is inserted. I here sounds when I tap the screen, so it is detecting my fingers touching the screen but it remains black. Phone vibrates when I press the home button. Is this a hardware issue with the logic board?

So the issue is power related. All of the screens I’ve tried are functional, just no backlight, therefore the screen appears black unless you angle it just right under very bright light. Does anyone have an idea on how this might be remedied or what components on the logic board may need replacing? Or could it be a battery issue, partially shorted?

It’s frustrating that the battery icon showed on the black screen when I first reassembled it and tried to boot. Why would that show and then just nothing when the phone had a charge? I’m sure there are a couple of companies. I’m not very good a micro soldering yet or I would attempt it myself. Need to figure out where the fault is first but I have no way to dertermine that. I thoroughly cleaned the board as there was corrosion visible. Too much alcohol will wipe the black thermal covering from the chips/cpu. Is there a less harsh cleaner that I could use that I could “dunk” the board in that wouldnt comprise the components?

I would use a ultrasonic cleaner to really get all of the corrosion off. The same machines that they use to clean jewelry. than this liquid goes well with that equipment:https://www.amazon.com/gp/product/B00BWE... .Micro-soldering does require a bit of equipment in order to effectively know what you need to fix. If you cant find annyone cost effective in your area let me know I do those kinds of repairs in San Diego.

Purchasing a ultrasonic cleaner is actually a great investment. I've found a 3 Liter that should pretty much fulfill my electronic needs as far as large cell phones and smaller electronics are concerned. It will at least clean the components enough to determine if further damage was done outside corrosion. Would the screen be able to be cleaned in the machine also?

That is actually something I haven't found necessary to try. But a good question. Its good you have a ultrasonic cleaner, just get that liquid I posted and you should be able to remove most if not all the corrosion.

So....the old screen does work but there is no backlight. I can barely see whats on the screen and have to hold it under bright light at the correct angle to see anything. If the backlight on the screen is ok, where on the board is it faulty? Or is the backlight controlled by the screen?

Based on your description it does sound like the issue is hardware related. there must be some short on the board caused by corrosion that needs to be looked at. Do you know any micro-soldering technicians in your area?

have you tried the old screen(or a different new screen)?

The old screen stays black but responds to taps (trying to enter the screen unlock code even through its just a black screen). The new screen showed the red battery icon when I tried to boot it. Once it had a charge, just black screen. That same new screen was successfully installed on another iPhone 7 Plus successfully without issue.