The Google Pixel is Google's first flagship phone, released on October 20, 2016. The 5-inch AMOLED display device comes with 32 and 128 GB storage options and is available in three colors; Very Silver, Quite Black, and Really Blue. 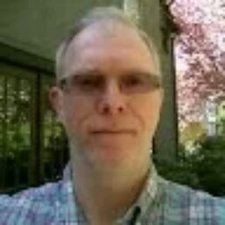 The initial failure was when I was in the desert, moderately hot and running a GPS mapping app that was keeping the phone awake and active. I think that the battery drained below 3.0v and was ruined. But now I don’t understand why after replacing the battery and screen the phone is still not turning on.

When the battery completely dies, is the motherboard at risk of being damaged?

I have test equipment. Is there any material on debugging the motherboard? I see there are lots of test pads but I do not know what they are for. I see that when I connect the new battery, a test pad near the battery connector reads the battery voltage (relative to one of the ground connections to the midplane. I also removed the power, volume buttons and observed that the power button works (continuity between two pins with depressed).

Thanks for any information you might be able to shed on this issue.

I am experiencing the exact same issue. We’re you able to get yours resolved?

Same issue as well - died in the middle of Wyoming after running Google Maps for about 15 hours while driving. Phone was plugged in to car charger the whole time, so I thought maybe that killed the battery. I had cell phone repair shop confirm charge port is functional, then replaced the battery and plugged in charger for a day, but phone still seems dead. Anything I can try next? Or is there a way to get my stored files/data off the phone without repairing it?

I had a similar issue (not turning on after replacing the battery) that was resolved by taking it back apart and flipping the ribbon cable. I had thought I had noted the orientation correctly but I must not have, since it worked afterwards. This doesn’t seem to hurt anything to have it backwards (since after reversing it it worked again), so you could give that a shot even if you’re confident it’s the right way round.

LCD might be defective…if you see your phone on find my phone, if not then there might a short on the motherboard causing the phone not to turn on.