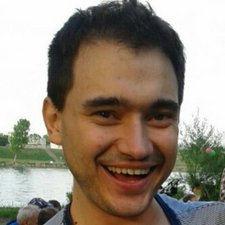 I bought a replacement battery from ifixit and installed it, then I followed the instructions:

"Calibrate your battery before using it: allow it to drain overnight, then charge it to 100% and drain it again until your MacBook Pro shuts down automatically. Charge it again and use it normally."

When I turned on my macbook after the replacement it showed a charge of 59%, then I used the the macbook until it turned off automatically, but the problem was it didn't go to hibernation on about 5% as usually, but it suddenly turned off on about 18% and all work in progress was lost. I tried everything including SMC and PRAM reset but the macbook stopped going into hibernation mode. I explained all of this in detail (including coconut battery screenshots) to the customer service and they send me a new battery saying the one I received was damaged.

Now I installed the 2nd new battery and turned the macbook for the first time on and it showed ca. 57% of charge and I continued discharging the battery by using the macbook and then I thought maybe I'm following the instructions wrongly.

The calibration instructions aren't entirely clear to me. For example the first part says "allow it to drain overnight". Does that mean I'm not supposed to turn on the macbook for the first time at all and the battery is going to discharge by itself to 0%? I don't believe the battery can drain to 0% after one night sitting in a turned off macbook, right? The second part of the instructions "then charge it to 100% and drain it again until your MacBook Pro shuts down automatically. Charge it again and use it normally" is pretty clear to me since it indicates you are supposed to use the macbook until it shuts down automatically.

So now I have a turned off macbook on ca. 40% of charge (initial delivered battery charge, 0 cycles) and I have no idea what to do since I'm afraid I could run into the same problems as first time. Could someone provide a clear step by step guide what to do after replacing the battery. Is it necessary to reset SMC again. If yes in which step? Thanks.

TL;DR: How to correctly calibrate the battery after replacement, step by step guide. What does "allow it to drain overnight" mean? To drain it by using the macbook or to let it drain in a turned off device (which would take way longer then only 1 night)? Is it necessary to reset SMC?.If yes in what step?

So the solution for me was setting the hibernation mode to 25 instead of 3 by executing following command:

Now the macbook goes into hibernation every time it reaches 5% and my work gets saved.

This hibernation mode is "deep" and it saves al the RAM content as an image to the disk.

I have the same issue as you have! I just installed a new battery received from IFIXIT as a replacement for the previous new one I got because of this problem. And just like yours, it's also just shutting off (it seems that way) without any warning at around 20 %. It did this with the original battery and the 2 new ones I've just tried. Can you explain why this option works for you? I'm gonna try it now, but I wonder why having it at 3 (mine was also at 3) would cause the Macbook Pro to do this at 20 - 40 % battery left.

I understand that putting it to 25 will store RAM to disk instead of 3 storing to disk while also keeping it in RAM. But what's the difference here? They both write RAM to disk so in case of complete power loss your computer would still be able to get out of sleep by pulling your previous session from the disk. But what I want to know is does this solve the issue of getting shut off at 20 % so I can use it like before to 5% before it goes to sleep? And do you have any idea why this is?

Hi Raif, I have the same problem. I'd try to use your command. Could you explain what it does, and how to undo it?

Here is an easy way to discharge.

a) First you absolutely need to go to Settings ---> Energy Saver --> Battery and check "Prevent computer from sleeping automatically".

b) Start a movie, either on iTunes or DVD or similar, and have it loop when the laptop is not plugged in. This will drain the battery (normally it will play the movie around 2 times depending the length of the movie, and the laptop will turn itself off either a hard shutdown from lack of power or sleep due to low power.

c) Then once this is done, charge fully and repeat 2-3 times. This should then properly calibrate the battery.

Thanks for the advice. I did it just like you described but the macbook kept shutting down without going into hibernation (safe sleep) at 5%, but it drained the battery to 0% every time.

You asked to calibrate. If you had unchecked "prevent computer from sleeping automatically" after the calibration, it would have slept as normal. You show download coconut battery and make sure the status of your battery read correctly. http://www.coconut-flavour.com/coconutba...

You probably mean sliding the "Computer sleep" slider all the way to the right to the setting "Never" since there is no option as you describe it "prevent computer from sleeping automatically" (at least not in high sierra).

And yes I did turn both sliders all the way to the setting "never" and started a heavy task like a 4K movie, but the computer never went to sleep und just turned off. It doesn't make sense what you say since "prevent computer from sleeping automatically" has nothing to do with ensuring that the macbook will go to sleep as normal. The problem was exactly that it didn't do what you described it should do. And yes, the first thing I did when started troubleshooting was installing coconutBattery. It showed the correct battery level after 2 charging cycles.

Thanks for you feedback anyway.

I'm glad I solved this problem

You may be right. It's different depending on the OS X version. However, downloading coconut battery is still recommended health monitoring.

Cannot even log in after replacing the battery and rebooting it.

Apple no longer recommends “calibrating” batteries on Unibody MBs or newer. The batteries are smarter now.

I guess this only applies if you take your MB to an Apple Store. If you purchase and change the battery yourself you will need to calibrate it as per manufacturer's instructions.

No disrespect meant Kirk - but you are completely wrong ;(

I'm recently retired - 40+ years IT & Support. When the Lithium batteries 1st came out we were instructed to fully "TRAIN" the batteries. Later we were told this was a waste of time. Manufacturers had improved production techniques that all batteries were now Magically Calibrated or trained at the factory. I didn't believe it then and believe it EVEN LESS NOW! I continued to "train or calibrate" batteries and over the years My experience indicates; the little bit of time & effort required to drain (or run & keep awake) until the battery is exhausted (I like 5%) and the machine simply shuts down - a MINIMUM OF 5 CYCLES, I recommend 10. You'll create a really good strong battery that will outlast any battery that is simply thrown in & Fired up & put to work. I don't completely understand or have the ability to clearly explain. But I guarantee - NEW BATTERIES CREATE A MEMORY THAT SEEMS TO BURN IN TO THE EQUIPMENT.

I have the same problem, slightly different parameters. Factory battery didn’t offer even 90 minutes of run-time and would suddenly die, so I wanted to replace it (laptop was purchased from OWC). I also managed to wrestle a replacement battery from them as this used laptop did NOT provide the battery life they said it did…. but it was a HUGE fight… System Reports “Service Battery”. They had me chase my tail for a while, making me run that useless coconut battery app… so I jumped through all the hoops they required (hoping I’d just go away) but I’m a tech and persisted through it all.

The replacement battery shows 1% charge… I think it came with about 5-9%, OS 10.13 shows AC 85W adapter is connected, I can see ALL battery info in System Profile, but the NEW battery is “Not Charging” and “Replace Now” message is also present .

No SMC, PMU or PRAM etc resets change the status. The AC adapter is orange to suggest the battery is charging, but it never does. Either OWC sent me a door-stop instead of a new replacement battery OR there’s something wrong with the PMU hardware of the logic board. No amount of “typical apple keyboard witchcraft” has worked to solve this problem. Putting the old battery back in, and it works just as it always has (poorly)… says it has a long run-time, but dies prematurely, suddenly and without warning about 70min into use. This will be the last apple laptop ever in my household.. already moved away from iPhones 3 years ago… so this next move with their generation after generation of faulty laptop batteries wasn’t entirely unforeseen in driving me away.

I agree with others as well on the topic: what a ridiculous process one must endure to replace a component we KNOW will need replacing in 3 years at MOST… lets all just be thankful Apple doesn’t spec and commision the mfg of batteries in Tesla cars or electrification of the automobile would FOREVER elude humanity :-/

FWIW, I just replaced the battery in my mid-2012 MacBook Pro (and it was my primary software dev machine for many of those years). Really I should have done so 6-8 months ago, but saying that they should only last 3 years is a bit of a stretch. It took about an hour, 30 minutes of which was spent getting the old adhesive off the case. Annoying? Sure, but not worth the extra issues/weight/size of having a swappable battery for those 7 years.

From what you're saying it sounds as if your laptop (did you buy it used?) has other problems. Not sure why you're compiling about the battery replacement procedure, since replacing the battery didn't solve them.

I am having the same problem. Mid 2009 Macbook Pro, running OSX 10.11.6, obsolete, no longer Apple supported. My original battery lasted 10 years, needed it replaced. I followed all the instructions as to calibrating the battery and resetting SMC and PRAM. It now sleeps at 80% of charge. Sometimes a key stroke will wake it, sometimes not. It always wakes after closing the lid and waiting a good 30 seconds for whatever unfinished sleep process to complete. If I continue to wake it in this manner, eventually the charge will fall below a certain percentage and it will run until the battery depletes itself. That charge level is somewhere around 77-78%.

I have not tried the above option yet. The logs clearly shows that the power management system knows that the battery has 80% of charge remaining. So the issue is originating somewhere else. I have performed multiple SMC resets, both by a.) removing the power source and the battery connection and, b.) through the shift-control-option-power key combination while off. Setting hibernatemode to 25 might be a quick fix, but it doesn’t resolve the issue. There is a setting somewhere else that is telling the computer to sleep at 80%.

I had forgotten that I had resolved this issue. It turned out that my new battery had a bad cell. I executed a pmset -g and it came up with the following report:

pmset is in logging mode now. Hit ctrl-c to exit.