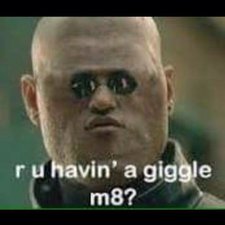 I recently suffered an issue like many others with the original playstation 4 model buyers faced, the HDMI pins bent and broke.

After a few months passed, I moved house and realised I could no longer use Remote Play via my Vita on my PS4, as I had changed Broadband providers.

After sending my PS4 in to be repaired at the local console repair shop (untrustworthy), they told me that the PS4 drive would no longer function properly, as a result of this suspicious activity, they didn't charge me for the HDMI repair, since then I have had to purchase games digitally and my disk games have been rendered useless.

I have took apart the system personally and inspected the console, from what I can see the drive looks in working order.

But the Playstation doesn't detect the drive or any disks, in fact if I force a disk into the drive and restart the Playstation (have to force it in because the Eject button no longer functions either for some reason) the disk is ejected by the rollers, it seems that the drive spins when restarted and then ejects the disk without any other response. 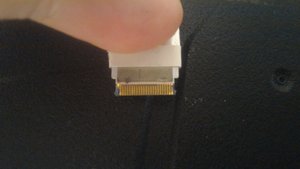 I have a feeling they swapped out your blu-ray drive for a bad one so they can make money off another customer / client when they need to use that part.

I have the original PS4 Killzone Edition Model NO; CUH-1003A. I notice these two things in the pictures included, would either have any effect? I've heard about the blue ribbon tearing issue, is that my problem? And why isn't my eject button working either?

Still open to any feedback and comments!

You can file down a dental pick or something like that and try to dig them out or just snip the tabs off of the new cable that you install into the connector, then tape it down so it doesn't move.

The first option would be to try and replace the optical drive. Remember you must match the model number AND transfer the daughter board. There's an iFixit guide and on here:

The eject button shows only minor damage, does it work if you power up the console and press it with your finger? The housing could be seated incorrectly causing the contact point not to reach the button.

You could also attempt returning to the shop to see if they can be any more help towards what went wrong in the original repair.

Hello Sam, I was sort of hoping to do without having to repair the Optical Disk as I know that whenever the Drive turns on, I can hear the drive at first and any forced games inserted are ejected, therefore I know the drive is working, and I was led to believe that if the large blue ribbon is damaged then the Eject button won't work and yes I have tried to manually force the contact point up, I've even started the console without the casing and attempted to force the Eject connector but to no avail. I'm still hoping that its the Blue Ribbon because from what I've seen my Blue ribbon is missing a gold connector on the left side at the end, and both ears look to be in a torn condition. So I think I'll order a replacement cable, test to see if it works, if not I'll purchase a Drive from Ebay and if it still isn't function then I'll try and get a cheap Daughterboard from ebay, IF IT still doesn't work then I'm buying a &&^&^$^ Xbox One! haha

You seem to have the hang of what you're doing, the cable is likely to be faulty if you can see visual damage. Remember the daughter board on the optical drive is programmed to your PS4 motherboard so don't replace that.