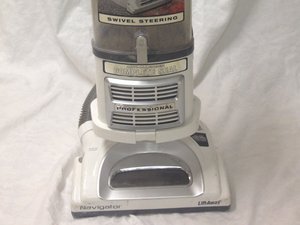 strssed out mom of twins

How to Get a toddler sock from the hose

A toddler sock is stuck in the hose of a shArk lift away kind of by the handle part we took it apart however the hose cannot be removed we can see the sock. Was wondering how to remove the hose we took off all the crews but the hose could not be removed....

How deep into the hose is it from your opening?

This worked perfectly for us. Good idea!

I sucked up a microcloth and used a sewer snake. It was up in the handle part. Saw the answer about a clothes hanger but it was not long enough.

Just tried this as we had a sock stuck and worked for us! Thank you!

remove the hose from your vacuum. fill it with water making the sock heavy and wet. empty excess water then take the hose outside and swing it around like a helicopter and the sock or whatever will fly out. I just discovered this when my son sucked up a headband. Let the hose dry before using it again or just keep spinning it until its mostly dry and put it back on your vacuum.

this is a serious design problem with the shark. i like the shark because it is light, but it is very difficult to maintain.

DO NOT DO THE WATER IDEA! I just did that.. Didn't work.. Used a BROOM handle and got it to the top and was able to reach it with long pliers!

Okay. I just had this issue. I took the hose off and used a “zip-it” drain unclogging tool.

proved Henry had better suction than the SHARK!!!!

I wanted to use a sink unclogger and wound up using baking soda and salt with hot vinegar and it came right out!

I sucked up a cloth swim cap. Tried using a hanger to pull it out, but the hanger tip poked a hole in the hose. The curved design on both ends does not help. I tried sucking it out with a car wash vacuum, getting it wet and swinging the hose, both failed. The hose design sucks!! Pun intended or now in my case the hose doesn’t suck!

Has anyone spoke to shark about this? I’m

Guessing it wouldn’t be covered by the warranty but I can’t get it out due to there being a bend in the pipe.

Awful design fault. Managed to push the offending sock out of the hose using a slightly flexible bamboo cane to get past the bends in the pipe. This only worked the first time the pipe got blocked. The pipe is now blocked for a second time, and the blockage is unmoveable. To remove the handle the hose, I removed the screws that seemed to be holding the two halves of the handle together. However, I could not take it apart.

We boought the Shark because it had amazing reviews on Amazon. The vacvuum is great when it isn’t blocked!

This is the first and last time I buy a Shark. Its back to a Dyson from now on!