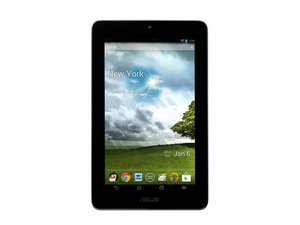 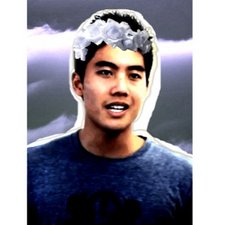 Why doesnt my tablet turn on?

I just closed my tablet for the night, but it wouldnt turn back on in the morning. I tried everything like hold for 30 seconds, hold the power and volume button, etc. but none of them worked. I don't want to wait too long, I have important data on it, and if I ship it to get it fixed that may take too long. Is there any way I can fix it without shipping it, or other power button/volume combination ??

Asus tablets normally take much longer the power up if they are connected to the charger. Unplug the charger. Press and hold the power button or 5 to 10 seconds. If it does not start up it's possible that you discharged the tablet too far. When a tablet is discharged until the battery is flat often the charging circuitry will not function correctly, thinking that the battery is charged what it is not.

When this has happened it is necessary to make multiple attempts at charging it for between 30 and 60 minutes each time, unplugging the charger from the tablet between attempts. Sometimes it's possible to trick the charging circuitry, by plugging the USB cable into the USB port of a PC that's powered on instead of the Asus charger. The last option requires some tech expertise since you have to open the tablet and short out the battery for a minute or two. This can't be done through the charging port.

If you get your tablet to function again take care to not let its charging state drop below 10%; you're asking for trouble if you do so.

How do you short-out the battery? Mine was refusing to start-up at 35% power, and now refuses to power-on at 60% power. I did try the USB charging option. Have removed the back, and disconnected the battery.

I disconnected the battery for 20 minutes, or so, then re-connected and reassembled the tablet. It charged-up, and powered-on. Whew!

A possible reason your tablet does not turn on could be because the battery is not connected. I ordered one from Amazon and it wouldn't power up. I decided to pull the back panel off and saw that the battery inside was disconnected. Connected the battery and it has been working great since.

The tablet was described as working previously. That's not possible if the battery wasn't connected.

I'm assuming that you've had this tablet for a while, and recharged it zt least once before. If not, return it for a different one.

If you "pull off the back" without knowing how to do it, you're likely to break something while also voiding the 1 year P&L warranty.

I was using my Asus tablet while charging then suddenly the screen turn black. I press the power button but still its not opening. And I hear some sounds in my tablet so its still on but I can't open it. What should I do?