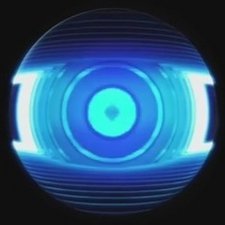 How can I fix the purple-tinted camera on my HTC One M7?

My HTC One M7 has the purple tint camera issue. HTC wouldn't repair it (long story), so is there a way to fix it myself? I don't think replacing just the lens would do anything. I think it's a heat related issue. Would adding thermal paste to the heat plate help it?

i don't know from where i should start, so plz anyone can help me

Guys...I have the same problem. I Own a HTC for a long time...I am really disapointed...and I dont buy it any more . This câmera of m7 si a bullshit.

I stopped buying HTC phones. I had two that let me down, the HTC Evo and HTC 0ne. I had the purple camera problem. I went over to Samsung, even though the HTC had more features.

I've been trying to get this m7 fix for two years. They are rude ppl. I know us talking is hurting sells. Shifflett@hotmail.com

2. Force to stop the camera app, clear cache and data.

3. Uninstall the new app you download recently if you have, because it may affect the camera app.

4. Try a factory reset. Don't forget to back up.

6. Replace with a new camera.

That's the thing, it isn't a software issue, it's a hardware issue. It's a chip within the phone that overheats and causes the purple haze to appear in the viewfinder of the phone, so replacing that chip fixes it, it's just I don't know if you can buy that specific chip to replace on your own.

thank you , after having changed the camera lens this did work.

Sophia provides a good point with the hardware vs. software issue. If it is a software issue, make sure your phone is completely updated because there have been reports of people updating their HTC One and it removed the "Purple Haze".

If it comes down to a hardware problem, this phone is not worth the time to get to the camera. On tear down, unless experienced, you are more likely to break something than to fix your problem. Try everything stated by Sophia and then check for updates. If nothing works, your not alone. This has been one of the worst camera problems ever in Androids.

I know she provided good tips, but I knew beforehand it was a hardware issue and where HTC did roll out an update, which I think was for Android 4.3, but it didn't fix it at all. I decided to leave it alone and just deal with it until my contract is up, but it takes photos fine outdoors, it's just the purple issue is in low light conditions. HTC isn't great at all in repairing it either, this is a manufacturer defect and they have to repair it for free (if you're under warranty) but they'll fight you till you give out to avoid fixing it for free and make you pay some ridiculous fee.

I'm having the same issue with the purple haze in low light. The front facing camera has no issue. I agree with you and HTC should fix it for free or we start a class action suit

I have had two HTC phones, the Evo and the One. Had problems with both including the purple screen problem. In fact, worse than that my One died losing me lots of photos. My answer to the problem now is to never get another HTC phone. I don't trust them!

Same, I had the EVO 4G LTE for my last phone, and man was I disappointed. Absolutely horrible battery life and now this. I've had my HTC One for nearly two years now and I can't wait to get rid of it. Definitely not buying another HTC phone again.

I actually called HTC to find out how much they would charge to fix it or see if they could refer me to a repair place. Mine is out of warranty I bought it used actually. My experience was different than others (maybe due to complaints?). They will fix the camera for free. However there is damage to the body of the phone so I will be charged for that. I'm not sure how much at this time.

Just called. HTC agrees to take the phone back. If it is not caused by users, they will still fix it for free.

Hi, did they say how long it would take to fix the phone if you did send it to them?

Hi Jojo: It has been there for 10 days. Last night the status updated from in repair to pending and I was quoted for labor of $90. Contacted HTC facebook page immediately (thanks to MonicaB). This morning, the pending quote was gone and the phone is in repair again. I do not know if this means they will work on it for free. Will keep posted.

I would say I will expect my phone in at least another week. Painful...

Update: my phone is fixed for free and being shipped back. From shipping to return it took two weeks of time.

Again thanks to MonicaB, leave your ticket number on HTC facebook page if you get quoted for $90 labor fee to fix the purple cam! They will waive it.

You're welcome! I'm glad I could help :)

guys i live in india..

n my phone is out of 1yr warranty..

Initially I did not have the purple tinge problem. Somehow it came with Android 4.4.2 kitkat update. I did some research on the internet and found, that the image sensor is getting heated up as the camera remains on, even when switched off. So I went to the dealer here in Germany where I bought this phone from. Thank God it was in warranty. No questions asked, they just repaired it for free. They replaced the image sensor which had got damaged. No it has been a year and I don't have any purple tinge.

The phone is good, if you don't care much about the camera. But if you are going to use the camera extensively, then I suggest avoid HTC phones. All have some purple tinge problem. See it for yourself in camera samples taken by people at GSMarena in the indepth review sections for phones like M8, M9, Desire Eye, just to name a few.

I too had this problem since last 1.5 years.. somewhere I read online that you can get rid of it by placing your cellphone in freezer for sometime and it will get rid of the pink/purple issue of camera. So I did it.

1.) I placed my cellphone HTC One(M7) in my freezer nicely wrapped in a small towel

2.) changed my refrigerator setting to the coolest...

Not sure if its permanent solution as I have tried it today only.... but as of now I am happy to see my camera work as good as new.... NO FAULTS WHATSOEVER.

If you go to the HTC One settings in the camera (serrated wheel) Go to Image adjustments and reduce the Saturation setting by clicking on the - sign. You will see the purple cast fade out. Have a go!!

An alternative is to use the back (selfie) camera for low light pics. Awkward I know!!