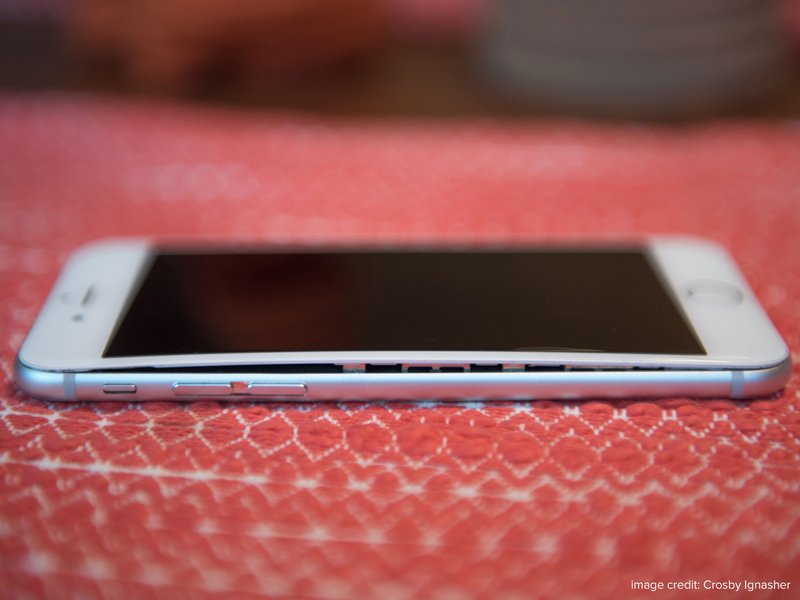 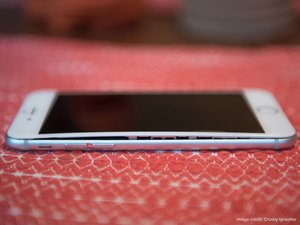 What to do with a swollen battery

Removal and disposal of a swollen battery can be dangerous, but leaving a swollen battery inside a device can also cause serious harm. Read all warnings carefully and proceed at your own risk. All batteries are hazardous waste and must be disposed of properly.

Author: Sam Goldheart (and 10 other contributors)

If your device feels extremely hot, or smells awful, don't attempt to remove the battery. If your device is actively emitting smoke, clear the area around it.

If you can't move the device, you can smother the fire with sand, use an approved fire extinguisher, douse it with a large glass of water, or cover it with a fireproof container—and then stand clear. If you can safely move the device, put it in a fire-safe or well-ventilated area such as one with a concrete floor—and then stand clear until the battery is cool. Once a battery catches fire, the reaction will continue until the fuel is exhausted.

A SWOLLEN LITHIUM-ION BATTERY MAY CATCH FIRE OR EXPLODE. PROCEED WITH EXTREME CAUTION AND AT YOUR OWN RISK WHEN REMOVING A SWOLLEN BATTERY FROM AN ELECTRONIC DEVICE. IF YOU HAVE ANY DOUBTS ABOUT YOUR ABILITY TO DO SO SAFELY, POWER DOWN AND ISOLATE THE DEVICE, AND CONSULT A PROFESSIONAL REPAIR TECHNICIAN IMMEDIATELY.

Removing a swollen battery can be hazardous, but leaving a swollen battery inside a device also poses risks. To prevent potential device and bodily harm, a device shouldn't operate with a swollen battery. These guidelines offer best practices for removing swollen batteries, but can't guarantee a safe repair. If you have doubts, power the device down, place it in a fireproof container, take to a repair professional and ask them to remove the faulty battery. Don't delay battery removal. If your swollen battery was purchased from iFixit, take photos of the battery before and after removing it, then contact our customer service team for warranty claims or replacement. 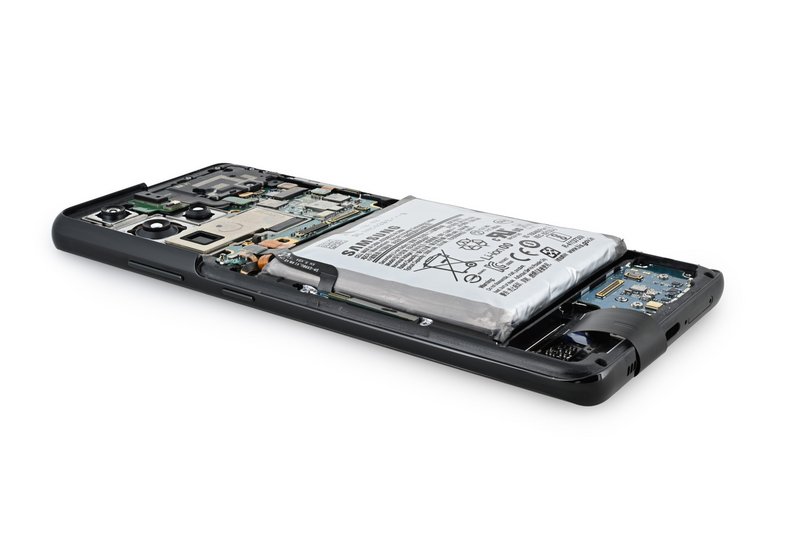 What happens when a battery gets swollen?

Lithium-ion batteries use a chemical reaction to generate power. As the battery ages, this chemical reaction no longer completes perfectly, which can result in the creation of gas (called outgassing), leading to a swollen battery. Additionally, if the battery’s internal layers don't maintain proper separation (due to damage or defect), outgassing, swelling, and even fire can occur. Swelling is the result of particulates getting caught in between the layers of the battery and eventually puncturing the membrane that separate the layers. If the membrane has been compromised, moisture in the air can react with the cell, causing the cell to swell. This explosive reaction has infamously affected the Samsung Galaxy Note7 and hoverboards, resulting in the strict limitations placed on shipping batteries, as well as carrying them on airplanes.

How to identify a swollen battery 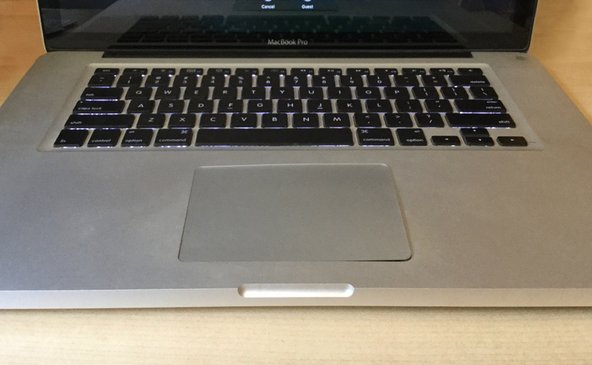 As batteries swell, they expand and push other components out of the way. Oftentimes a display, button, or trackpad will be pushed out of normal alignment. You may have a swollen battery if your phone case doesn’t fit as well as it used to, or there’s a new gap between components, or buttons have become stiff or hard to push, or your device has more give than usual and feels “squishy.”

Practice safe sniff testing! Never stick a dangerous substance near your face and inhale deeply—rather, waft the area near your battery. You may notice a sweet, metallic chemical smell, which could be battery gas escaping a swollen battery. 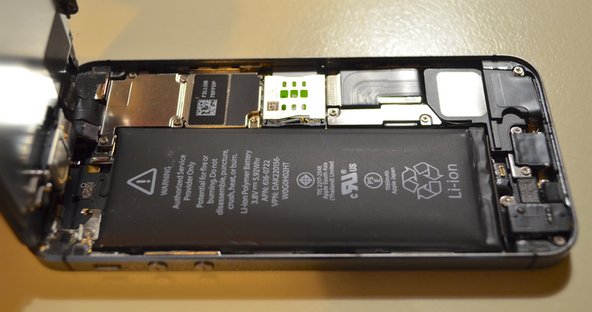 If your device is easy to open without disturbing the battery (check the battery replacement guide to see!), like a MacBook or iPhone, you can open the device and visually inspect the battery for puffiness. If the battery has a loose or wrinkly wrapping, is more rounded than square, or appears lifted out of its recess, it is swollen.

How to safely remove a swollen battery

If you suspect your battery is swollen, don't charge your device. Run the battery down as low as you can—this reduces the risk of fire.

Work in a well-ventilated area to help diffuse fumes. Wear eye protection—ideally full goggles, but safety glasses are better than nothing. Wear gloves to prevent skin contact with battery chemicals. Have a pair of long, blunt tongs available to help safely move a damaged battery. 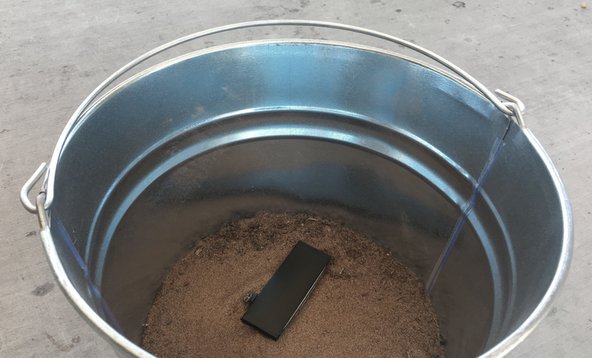 In the event that the battery does begin to combust or leak, you need to have a safe place to store it. Work on a non-flammable surface and outside if it’s cool and dry. Prepare a fireproof container, such as a sealed metal can, metal bucket of sand, or equivalent. Water isn't the most effective option, but can be used in large quantities to extinguish a small, cellphone-sized battery (less than 15 Wh). If you work indoors, have a clear path to a place outside where the battery reaction may safely run itself out.

Once the above precautions have been taken, you can start removing the battery. For the most part, you can follow your device’s battery replacement guide, but extra care should be taken to avoid damaging the battery during removal. If the battery is glued in place, we recommend starting with a solvent like iFixit’s adhesive remover, high-concentration isopropyl alcohol, or acetone. The solvent will minimize the need to pry against or flex the battery. Keep in mind that acetone may cause damage to plastic parts, and all solvents should be used as sparingly as possible—they are flammable. Only use plastic tools, and avoid anything sharp enough to puncture the battery wrapping—puncturing the battery can lead to dangerous fires. If at any point the smell increases, the device begins to heat up, or any smoke appears, put the device outside, or in a fireproof container, and wait for the symptoms to dissipate before trying again.

How to dispose of a swollen battery

Once the battery has been removed, it needs to be safely disposed of. Do not throw batteries into trash or recycling bins. Do not put/store the battery in water. If the battery is warm, smelly or smoking, put it outside away from flammable materials, or in a fireproof container, and wait for the symptoms to dissipate. When safe, take the battery to a local e-waste collection site; refer to our e-waste page to find one in your area. Do not mail the battery to an e-waste processing facility—there are strict regulations against this as the battery could cause damage in transit.

How to take care of your battery

Batteries are consumable, and no matter how well you take care of them, they will eventually need to be replaced. That said, below are some best practices to keep your battery healthy as long as you can. But, it is important to note that you cannot heal a swollen or defective battery; you can only remove it. These hints can only help prevent battery degradation.

Batteries do best with slow, controlled charging and discharging, use in moderate temperatures, and protection from shocks or damage. Though a phone or laptop battery isn’t usually being charged or discharged quickly enough for it to pose an issue, rapid charging and discharging can wear a battery out prematurely and result in some outgassing. Avoid using low quality or damaged charging cables or adapters as they risk uncontrolled, uneven, or excessive power management that can cause damage or even result in fire. Leaving your battery 100% charged or completely empty for a long period of time can also shorten your battery’s lifespan, so if you plan on storing your device without using it for a few weeks or more, charge/discharge it to about 40% and turn it off beforehand. High temperatures can also reduce battery efficiency, so try not to leave your phone in the car on a hot day. And most importantly, dropping your phone hurts your battery, too, not just your screen. Just like cars, phones are meant to flex during an accident, so even a glued-in battery can bump into nearby components when dropped, resulting in a puncture. Replace your battery if it’s damaged or no longer holds a proper charge.

TL;DR: be nice to your battery. Use it gently, and replace it if it becomes damaged or no longer holds a proper charge.

Using a non-certified charging cable or adapter risks uncontrolled, uneven, or excessive charging that can cause damage or even result in fire - this is not quite true. All devices contain a charge controller that prevents overcharging regardless of the charger used. However, cheap chargers may subject you to the risk of electrocution, may produce ‘noisy’ DC that reduces the performance of the touchscreen, or may themselves catch fire. A damaged charger cable can also overheat and cause a fire.

Depends on the design of the charging circuitry. While your statement of “battery being decoupled if fully charged” might be true on some devices, the usual (because simpler to design and cheaper due to less parts) approach is to power the device through the battery. Even if a charger is connected.

I feel that when battery is full-4.2v phone stops

current from the charger to discharge battery to

4v let's say.then again charges it to 4.2v and so on.effective way to unnecessary cycle the battery to lower its lifetime on purpose.

This is not true for mobile phones - my understanding is that they run off the battery regardless of whether they’re plugged into a charger or not.