A tight one, but a fit nonetheless! 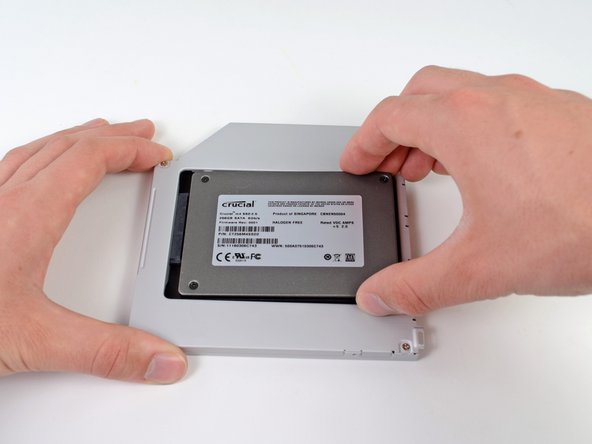 Started running out of space. Plus, I wanted a performance boost delivered by an SSD. Got myself a 1TB Samsung 850 Pro. Moved my 750GB 5200RPM HDD to the drive bay.

Swapping components is very easy. The only "difficulty" was putting the enclosure with its HDD back in place, as the space for the two screws next to the unibody edge is very tight. It almost felt like the hard drive was too thick for the enclosure, but upon closer inspection, it was a %#*@ perfect fit. If you have an HDD thicker than what the 750GB one measures, you may not be able to make it fit!

I would suggest using magnetic tools so you don't drop the screws and if you do, they will be easy to retrieve. It's not terrible if you don't have them, however (:

Thanks for the tips!