It’s likely you’ve seen today’s fashionistas sporting bright, chunky watches—in gold or silver, with shimmer and diamonds. Watches that proudly show off classy brand names like Michael, Kate, or Marc. And while I do enjoy a good, shiny accessory (I’m the family’s girlie-girl, after all) you won’t see any diamonds on my watch.

Nope. My watch is black and rubber. It’s small and waterproof. It has the amazing technological ability to alternate between 24- and 12-hour settings.

Certainly, no one has been accused of calling it glamorous. But I do wear it—proudly. Because it’s not just an accessory. It’s a legacy, left to me by my grandfather.

You see, before me, the watch belonged to a man named Young Fun Choy. He lived in Hawaii—second generation from China—and raised a family loaded with children and grandchildren and great-grandchildren. As a child he worked as a shoeshine boy for 10¢ a pop. As an adult he was a successful accountant in the heart of downtown Honolulu.

He was many things to many people. But he was never Young Fun to me. To me, he was GungGung—my grandfather.

GungGung enjoyed the simple things in life: good work, tasty food, a close family. But his life wasn’t simple. He witnessed some of history’s most complicated moments—the sinking of the Titanic, the funeral procession of Queen Liliuokalani, and the bombing of Pearl Harbor. He’d also seen the rise of the gadget—everything from the T.V. to the iPhone.

He’d experienced so much of the world; and he learned from it. Not just to be a good man, or a hard worker, but he learned to be a life hacker.

Our family house sits high on a mountain on the South side of Oahu. It has several rickety stories, is embedded into the earth, and—because of him—is full of quirky charm.

He was always repurposing something—and there’s evidence of it everywhere. GungGung would salvage empty vitamin jars to keep his supply of M&Ms fresh. He’d rig a clothespin and twine to tether down a constantly unwinding paper towel roll in the kitchen. He’d water his six gardens with rice-water after cooking dinner for us. (He swore by it—and to his credit, he did have the greenest grounds in the neighborhood.) 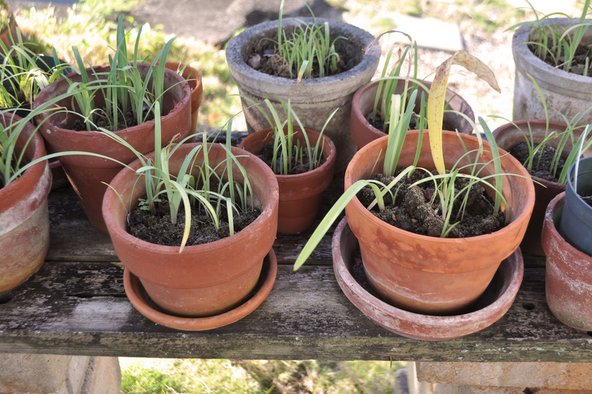 I even remember the day when the water-heater broke (again). It was too far gone, beyond even his skill, and he finally decided to replace it. He asked our neighbor, Mr. Morita, for help. The two little men rolled the big, metal tank out of the house and into the driveway. But the water-heater tipped over. Panic-stricken, they watched it roll down the mountain at an alarming speed. They chased after it. GungGung wasn’t about to let a piece of equipment get damaged.

GungGung saw the value in every thing. He didn’t see a worthless vitamin jar for the trash. He didn’t plan on rewinding the paper towel roll each and every time the Northern winds blew through the kitchen (which happens all too often in Hawaii). And he didn’t waste water down the drain. He made use of every single thing around him.

He ensured that what could be salvaged, was. And he literally ran over mountains to do so. 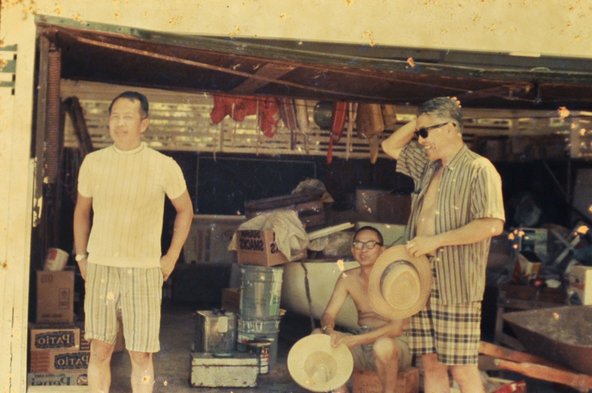 So when he passed away at 101-years-old in January, my family started to sort through all his belongings. He had a lot of things—sentimental, functional, laughable, memorable things. A century worth of things. GungGung’s things.

And during this long, heartbreaking process—seeing his life divided, parts to keep and parts to throw out—I saw the little black watch on the table. “Oh Cait, I think that’s broken,” said Aunty Lisa. And it was. The little plastic piece that was supposed to hold the bottom band to the body was gone. It had been replaced by a metal pin—jagged, hacked together. Obviously not an original piece to the watch.

The watch isn’t very pretty. But I remember him wearing it, as I grew up, and not once did I ever notice the flaw. I never knew it was broken or even that GungGung decided it was worth fixing.

I knew I had to have it.

Now I wear the watch at work. I wear it paddling, and hiking, and dancing. I wear it everywhere. I’ve even been known to sport the unfeminine thing on a couple of dates. When I wear it, I don’t shimmer like the other girls. Yeah, no shimmer. Sometimes, when things get a little too close, the pin even catches on my clothes or scrapes against the counter. It’s a repaired pin, you see. It’s a little too long. Sometimes it snags.

So I may not be hip to the rest of the fashionistas, but I wouldn’t have it any other way. Because that watch is the legacy that GungGung left behind. It speaks volumes about the work that he did and the man that he was. It’s the life of a fixer and a hacker. 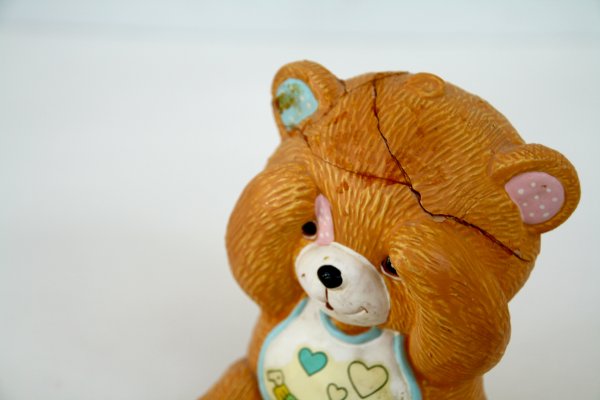 Repair is a Legacy