1. To restore to sound condition after damage or injury; fix

3. To renew or revitalize.

4. To make up for or compensate for (a loss or wrong, for example).

When I was three, I dropped a penny bank: the ear of my beloved ceramic bear sheared right off. My mother pulled out the glue and we fixed him up together. When I was six, I crashed my bike. My father placed a socket in my bandaged hands and we readjusted the deformed handlebars. When I was eight, I learned how to fix a chipped tile. At 10, I replaced the wheels on my rollerblades. By 15, I could replace the major components of a computer. At 16, I was putting trendy patches on my jeans. 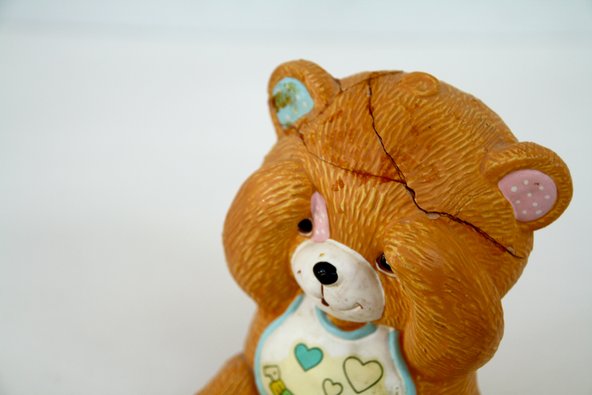 I grew up in a D.I.Y. home. My mother is an amazing seamstress and cook. She made most of my clothes and childhood toys, halloween costumes, and quilts. My father is the handyman. He started remodeling our family home before I was born and he is still putting the “finishing touches” on it. We joke that he has the Winchester curse (keep at it, Dad!). He built us a swing set, a garden, and fixed almost everything we broke. And he insisted that we all helped.

As a kid, I didn’t exactly enjoy spending the weekends laying tile and fixing the rototiller. Handing my father each tool he asked for, I felt like a dental assistant. I would have much rather spent the long summer days playing outside with the rest of the neighborhood kids. It wasn’t until college that I realized most of my friends didn’t know a socket from a crescent wrench. That’s when I began to appreciate all those hours in the garage.

Now that I’m thinking about having children of my own (someday), I’ve realized what an important legacy repair is for a child. More than just fixing things, repair encompasses restoration, renewal, and revitalization. It means that you are setting things right. And that’s important.

Future children will inherit some incredibly scary, global problems. Maybe I’m guilty of waxing poetic, but I believe that repair is a frame of mind. It looks past the problems and visualizes solutions: everything that’s broken can be fixed. I want to pass on repair, as a value, to my children because I want them to have the ability to fix things, the audacity to tackle a problem, and the confidence to know that they can set things right.