It’s a time-consuming investigation, requiring intuition, experience, wonky Googling, esoteric apps, and spec sheet PDFs. It results in a single rainbow-colored, data-stuffed teardown step. It’s called Chip ID, and you can learn a ton about how your device works from it.

When most people think of a “chip,” they’re probably thinking about the central processing unit (CPU), or maybe a graphics processing (GPU) chip. But devices have lots and lots of chips these days, each doing discrete jobs. We identify most of the major chips on the boards we pull out of a device. Some of them make sense at just a glance: flash storage, audio amplifier, “5G modulator.” But it might not be apparent what a “Maxim MAX77705C power management IC” actually does.

So let’s dig into some of the less obvious components you’ll find in the Chip ID section of an iFixit teardown. We’ll start with power management chips, sometimes referred to as integrated circuits, or “ICs.” We’ll cover radio frequency (RF) chips in a future post.

For this educational descent into Chip ID, we’ll use Samsung’s Galaxy S21 Ultra. It’s a modern phone, with a lot of power needs and wireless radios. By looking at what’s inside a Samsung phone, you can learn a lot about what’s inside most devices.

A smartphone can do many things: call, text, shoot and show photos and videos, play a 3D game over Wi-Fi with a Bluetooth controller. To do all those things, the phone has sub-circuits—groups of chips and components that make that function happen. There are sub-circuits for the display, processor, wireless radios, haptic feedback, all needing different amounts of power, continuously or spontaneously. So they end up hooked up to power lines, like houses in a neighborhood.

Power Management Integrated Circuit (PMIC) is a general term for chips that stabilize and regulate power to the sub-circuits for efficient and reliable operation. The Galaxy S21 Ultra has countless sub-circuits, so PMICs are sprinkled all over the board. They’re often made by Qualcomm, ON Semiconductor, Qorvo, or Maxim Integrated.

Here are the more specific jobs that some PMICs do:

Modern electronics contain chips and circuits that run at different voltages. A phone can draw power from a USB cable delivering 5-20 volts (V), a wireless coil at up to 200V AC, or its internal lithium-ion battery at ~3.8V. Little chips that run sub-sections of the phone don’t need all that voltage, though; they often require 3.3V or 1.8V.

Buck converters drop the accessible voltage to power these chips.

Boost converters, as their name implies, do the opposite, increasing voltage for specialty circuits such as backlights, or powering the S21 Ultra’s wireless coil when it’s reverse wireless charging.

When chips work harder, they draw more power. This can sag the voltage on their circuit, creating a destabilizing cascade across other components—think electrical brownouts, but on a tiny level. Regulator ICs minimize the voltage fluctuations and maintain stability. They are an integral part of battery power management and radio frequency circuits. But they’re not perfect.

The most famous case study of tricky voltage regulation might be familiar: iPhone Batterygate. Apple saw a growing problem with older iPhones shutting off under heavy load. The worn-down lithium-ion battery inside couldn’t maintain a stable working voltage, and the regulators were overwhelmed trying to keep the power steady. When a bunch of interconnected chips expect consistent voltage and don’t get it, they fall down, like someone fainting from overexertion.

A low-dropout (LDO) is a sub-class of regulators that maintains a stable output voltage only slightly lower than its input (hence the “low-dropout”). It’s a distinct trait, but important in designing a board. LDOs produce less noise than standard “switching” regulators, but they radiate more heat.

Many thanks to our community member Chunglin C. for their assistance on this post!

Is there a PMIC-related component you don’t see here that you’d like more info about? Leave your request in the comments!

We’ll follow up soon with our next set of common Chip ID chips: radio components, or RF chips. 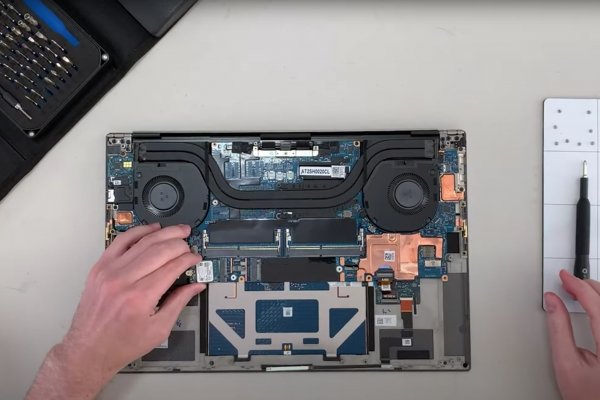