Edit (11/2/19): This post was updated to clarify and add information on more of Apple’s repair apps.

No mere mortal, lacking Apple’s stamp of approval, can completely fix the company’s products. You can do a lot, but in the newest iPhones, you can’t restore Touch ID, install a new battery, or replace a screen without a warning. Trying to replace core Mac parts can trigger a lock-out. No sacrifices or incantations can overcome this.

What, exactly, can Apple-approved folks do with all this secret software-that-shall-not-be-named? Let’s dive into what we know. And take a look at Samsung’s own secret repair app, while we’re at it.

First off, Apple’s diagnostic software has a name: Apple Services Toolkit 2, often abbreviated as AST 2. Once you know that, you can find it mentioned and even pictured in many places: on Apple’s own discussion forums, on PDFs inadvertently posted publicly by university IT help desks (ahem), or even in the dark corners of YouTube.

You can only access AST 2 with an active connection to the web, and an authorized account with Apple’s private Global Services Exchange, or GSX. With an account, and certifications installed on your MacBook or iPad, you can then service Apple devices. You need a device’s serial number, which can be either read off the device in front of you or given to you over the phone. This remote connectivity is how Apple Store employees can check devices on the store floor, without lugging around cables or computers.

Next, you enter the category of problem you’re trying to fix: “Fan,” “Charging,” or the like. The device gets a request to allow a diagnostic tool to run. Presumably, there is a workaround for devices with entirely broken screens, likely involving a USB cable, but we haven’t seen it in action. After the access request is approved, a diagnostic tool checks everything: battery, Bluetooth, cameras, sensors, Touch ID, the works. Pretty neat!

AST 2 can show you what’s wrong with a device, along with a lot of details you can only see if an Apple Store employee is feeling cavalier and generous. One thing to note is that AST 2 provides a cycle count for an iOS device battery. Cycle count is important information that every device owner should have! Unfortunately, Apple has banned apps from their App Store that show cycle counts for mobile devices, creating a cottage industry for apps like Coconut Battery.

AST 2 is (perhaps obviously) not the first diagnostic app that Apple has made—AST 2’s precursor was a totally different tool, and it’s still used to fix older devices, mostly from 2013 and earlier. You can see AST 1 (technically 1.5) in action in this Italian video of a MacBook Air repair.

AST 2 isn’t just helpful, it’s mandatory. Apple technicians cannot order parts for an Apple device until they’ve run a full diagnostic on the device at least once, even if they already know what needs fixing. And newer Macs with T2 security chips will not function until a full diagnostic has been run on them after the repair.

After a hardware repair, newer Macs with T2 chips require that a separate program, Mac Configuration Utility (MCU), be run while connected to another Mac via USB or Thunderbolt cable. This re-enables parts like logic boards, top cases, Touch ID, displays, and flash storage. Without doing so, a Mac’s screen will read “Waiting for session,” and will not function until the MCU is paired and executed. A similar tool, RepairCal, is needed to re-enable batteries, Touch ID, and screens on newer iOS devices.

Apple has sworn everyone with access to secrecy (with the exception of a few helpful/careless public posts). According to Apple’s Authorized Service Provider Manual, a basic requirement of being an authorized Apple tech is that “Apple’s repair and screening process must be kept confidential and can not be disclosed or visible to any third party, including customers in the service location.” That secrecy is helping no one. It prevents competent repair professionals from doing work they would be perfectly capable of, and leaves Apple’s customers in the dark about their own hardware.

We know even less about Samsung’s diagnostic software, but it has similar functionality. Samsung’s software is mentioned on Geek Squad, mobile repair subreddits, and on XDA-Developer threads. The XDA forums reveal the app’s actual name, Samsung Galaxy Must, along with a (dated) screenshot.

We were able to see this software for ourselves with a behind-the-scenes tour by an authorized Samsung service provider. It is also quite full-featured: Samsung’s software can verify battery health, touchscreen calibration, whether the phone’s firmware or software has been unlocked or modified (i.e. “rooted”), and read an internal barometer to determine the state of its water resistance. According to the iFixit staffer who got the tour, that screenshot is out-of-date, but it gives you a sense of what tools are available.

Like Apple and Samsung, most manufacturers keep their calibration and diagnostic software secret, hiding useful features from their customers. In testimony opposing Right to Repair laws, these companies argue that releasing this software will undermine their security model. Apple notably told lawmakers in Nebraska that releasing this information would turn the state into a “mecca for hackers.” Testifying in Boston on Monday, expert repairer Louis Rossman shredded similar arguments made by tech industry trade groups.

But not everyone is so user-hostile: Dell and HP happily make their diagnostic software and service manuals available to the public.

Access to tools that tell you what is wrong with a device, explain how to fix it, and retain functionality after a repair is precisely the kind of thing the world needs if we’re going to push back the tidal wave of e-waste threatening the planet. Right to Repair legislation is desperately needed to level the playing field between the digital haves and have-nots.

Farmers already face this problem, with some turning to cracked Ukrainian firmware and sketchy backroom deals to obtain the software they need to repair equipment. And Paul Luiz, an expert diesel equipment mechanic, told us that he experiences the same problem trying to access engine diagnostics.

It’s time we call out the shroud of secrecy surrounding these tools for what it is: yet another strategy of planned obsolescence, aiming to force us into either unneeded product upgrades or paying the manufacturer’s inflated repair prices. If manufacturers won’t release the repair tools we need, then we’re just going to have to pass legislation forcing them to.

If you know more about AST 2, Samsung’s Must software, or other sly/secret diagnostic apps, we’re open to tips. I’m kevin@ifixit.com, but we can move over to secure chat if you like. 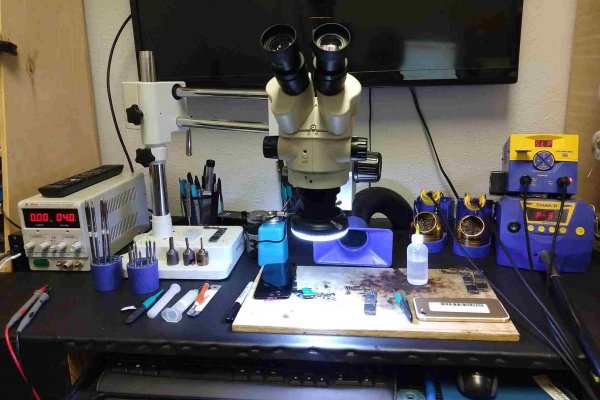 Apple Now Offers Genuine Parts and Tools to Independent Repair Shops, But We Have Questions

I used to work for Geek Squad and used AST 1.0 a lot, and GS’s private tool MRI, and I was shocked when I found out that it only worked because we had the devices connected to our network, and that the clients couldn’t run those diags on their own. It’s such a basic and simple diagnostic tool. The literal only reason I can imageine to keep it private is purely to prevent consumers from being able to make informed decisions. it’s disgusting.

They want us powerless and scratching our heads at these devices we’re sold as if they’re magic and only their amazing technicians can truly repair them.

Ridiculous that you have to go into the Apple store and deal with these clueless people for something so basic.

It still makes me smile when I again here the ‘merits’ of using a Mac as the studio computer of choice - BUT all (especially TDM) recording systems had an external bank of Processors that did all the IT ‘Grunt’ (the actually running of the processor components like live recording, Virtual plugins etc.) - The G5/MacBook was basically a ‘pretty screen’ running just the graphics. Now we have Intel i7s multi-core processors and internal SSDs which do perform everything. Apparently Apple Senior Management and nVidia (who made the Graphics Cards) had come up with a great way to lever even more profit by reducing the solder by 50% on the GPU. If the Mac got too hot it started to melt the small amount of Solder, causing the GPUs to fail. A £300 repair job each when mine failed in both my Macbook Pro and iMac

Apple did recall over a million units and replaced the GPUs from 2007-2011 for free. BUT (I don’t expect you to have heard about this) they had 2 fix strategies (1) ‘Quich Dirty Fix’ - they put the whole motherboard in an oven at 315⁰F for 10 minutes and the GPU somehow resoldered itself back to the motherboard (2) ‘Permanent Fix’ - they replaced all the dodgy graphics cards. BUT they tried out fix No. 1 first. This appeared to fix the problem but then 80% failed again after 3 months and they all had to be recalled again and Fix 2 was applied, replacing 800,000 GPUs.