Microsoft has announced its most revolutionary laptop yet: a Surface that doesn’t require a service contract to use.

We don’t mean he flipped it open at its hinge and woke it up. Panay pulled the keyboard top right off the demo model and showed off its insides.

Now, it’s apparent that he had removed some screws beforehand. And he even added a disclaimer: “Don’t send me the tweet that says, ‘I tried to rip the top off, and now it’s broken and it’s your fault.’” But look at that: no glue, no cables begging to get ripped apart at the edges. And once you’re inside, you appear to be able to access most of the components that will need replacing or upgrading.

This would be a big deal if any manufacturer announced this, but coming from Microsoft, it’s a particularly big deal. Microsoft—the company that has dominated the nether regions of our tablet and repairability rankings for years—made a newer device easier to upgrade and service, and perhaps even more surprisingly, made it a core part of their announcement.

The original Surface Laptop received a historic zero out of 10 on our repairability scale in June 2017: “This device is not meant to be opened or repaired; you can’t get inside without inflicting a lot of damage.” No other laptop we’ve scored has received a zero, not even recent MacBook Pros. But perhaps Microsoft has heard us, or knows the Right to Repair movement is gaining traction, or understands its customers are tired of going through warranty repairs, or some combination of all three. Seeing a device go from zero to repairable is encouraging, but seeing them tout that repairability as a feature feels like a huge victory.

“We wanted to add the elements of serviceability, repairability, things that matter for customers,” Panay said at the press unveiling. He boasted that Microsoft had done this while keeping “the same perfect design” on Surface devices, without lines, weight, thickness, or “trap doors.” And while he essentially admitted that his on-stage disassembly did not represent the real process—“There actually [are] some tools to make that happen”—it seems Microsoft was able to strike that hard-to-achieve balance.

“Being able to repair and service a product without at all impacting any of the beauty of that and the elegance is critical,” Panay said.

Microsoft showed off a bunch of other devices at the event, including a dual-screen foldable Android tablet that may be more difficult to repair. But hope springs eternal: the storage inside the Surface Pro X is a standard portable-size M.2 drive, held in place with a regular screw, accessible through a small plate beneath the kickstand. Microsoft said that authorized Surface techs can change the storage, but it looks like non-authorized humans can do this, too. Surface Pro models have been, like Surface Laptops, previously a migraine headache to get into, so that’s another big step forward.

With the Surface Laptop, you really can have it all, Microsoft says: seamless glass, durability, a real fixation on felt, the latest tech inside, and a sensible way to get inside. We agree—now let’s see that same combination make it to other devices, too. 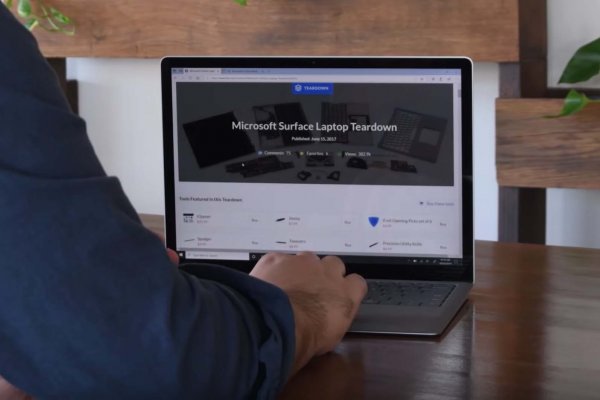 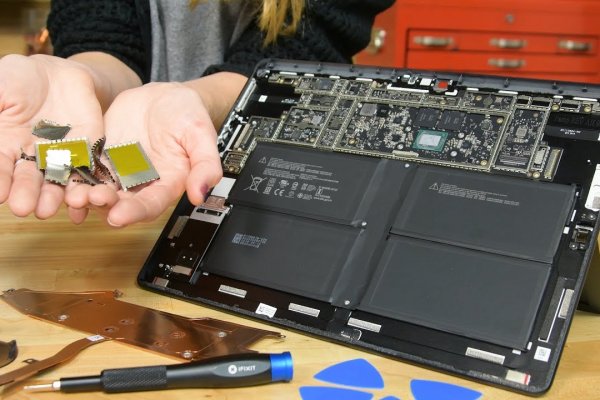 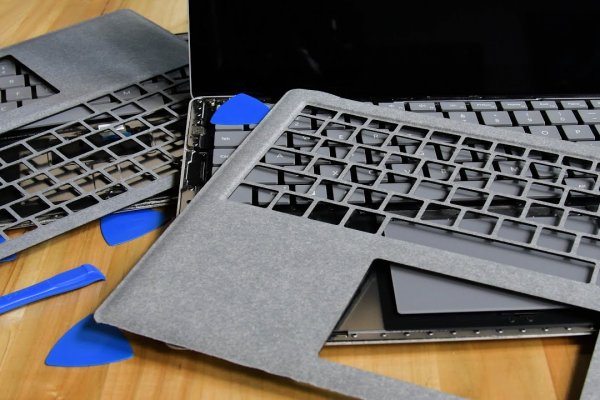 Meanwhile, Apple continues to get less easy to work on. Go Microsoft!!

If similar models are released in the future, I could buy one as my next laptop. It will depend of their repairability as the other ultrabooks are not so repairable.

It looks like alcantara is still around for some colors on their preorder page. I wonder if those are as serviceable, as cutting through that was the issue last time.

This is only one product in so many, MS needs to keep building things so they are easy to repair. This is a note to Mr. Apple you better jump on this fast…

Is the surface laptop 3 easy to upgrade even? Like change the SSD. Or is the SSD change possible only on Surface Pro X?