Would you rather have a phone with four cameras and an ultrasonic fingerprint sensor, or a phone with an easily replaceable screen and battery?

What’s more important to you, a phone with a 108-megapixel experimental camera sensor, or one made with conflict-free materials, better labor standards, and readily available parts?

The Fairphone 3 is assembled out of easily removed modules, a case, and a battery, and all of these parts are available for sale, directly from Fairphone. Its screen and battery modules can be replaced by nearly anyone with the time and inclination (we’ll have a teardown, guides, and likely parts for this device, as soon as possible). The phone is made from what the company claims are fair materials, and 80% of them are recycled. The phones are assembled by workers paid bonuses based on social goals, not units shipped.

The specs are pretty comparable to a Google Pixel 3a XL and other mid-tier phones, and it ships with Android 9 pre-installed, with a 10 upgrade likely to follow soon after. The phone has both a microSD slot for storage expansion, and a headphone jack. Fairphone encourages and enables recycling, and doesn’t ship cables, chargers, and headphones you already have six of. But it does ship with the only screwdriver you’ll need to fix it, in the box.

They’re just trying to break our U.S.-based hearts, it seems. While the phone will work readily in most European countries, and likely many spots around the world, the Fairphone won’t work with 4G/LTE bands in the U.S. Comparing the network bands on the Fairphone 3 page with PhoneArena’s handy cheat sheet, it looks like T-Mobile would be the best network for consistent 3G, with AT&T a close runner-up (as is the case with most international phones). But 3G support is falling off fast among carriers, even T-Mobile. Unless they’re planning an overseas move, U.S. admirers of the Fairphone 3 are better off waiting for a U.S. release (if it ever comes).

For U.S. folks looking for something similar, the Teracube is worth watching. It’s not released yet, and it’s going to launch with a Kickstarter, so a serious caveat emptor applies here, as with any crowdfunded, in-development product. But we’re intrigued to see the Teracube launching with an uncommon feature: a four-year warranty, one that includes a battery replacement midway through, parts, labor, and shipping included.

Presuming that a four-year warranty also means four years of security and software updates, that’s a modest but notable promise to buyers. We don’t have much more in details, but the pre-launch promo page makes clear that Teracube’s aim is to make people hold onto their phones longer than is typical.

Fairphone isn’t the only smartphone maker focused on repairability. German manufacturer Shift makes phones that are modular, repairable, made with a mind toward ethical and sustainable materials, and with repair guides available from Shift itself.  Buying a phone from Shift includes a deposit, which you get back when you return the phone for either recycling or upgrade. Here’s one additional bit iFixit fans might find appealing: disassembling or rooting your Shift phone explicitly does not void the company’s warranty. You can read more about Shift’s founders and philosophy in an English-language profile in DW (which also features Fairphone’s founder).

Regrettably, the Shift, like the Fairphone, is a device suited to European cellular networks. We couldn’t find evidence on the web of people reliably using a Shiftphone on a U.S. carrier. But it’s heartening to see Shift, Fairphone, and Teracube openly appealing to customers with modern thinking: buy better, not more often.

We’re finishing up our teardown of the Fairphone 3 at the time of this publishing, and we’re excited to show it to you soon—as well as support the device with spare parts and guides. 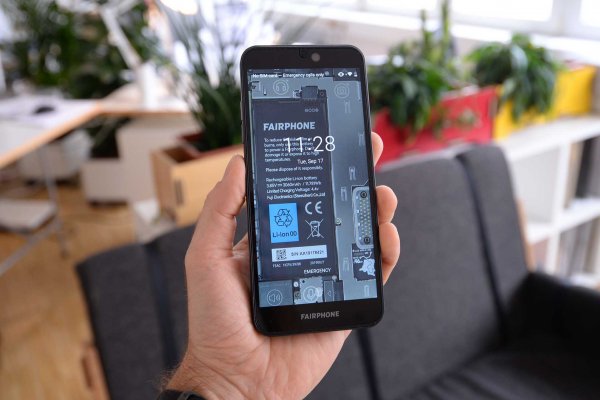 I would love to see a self-repairable/modular phone like FP3 or Shift in the US.

I'm currently holding onto my v20 since the battery is (easily) removable at least.

I was disappointed after reading the FP3 won't work with 4G here. Hopefully they are able to make it across the waters before my v20 dies

Hi Adam - we are launching Teracube smartphone on kickstarter (Sept 10). While Teracube is not self-repairable, it does come with a 4-year warranty (parts, labor and two-way shipping included). And the warranty covers free battery change. Our goal is to reduce phones’ footprint by making them last longer and thereby making them better for your wallet as well.

You can learn more at myteracube.com and producthype.co/teracube. Shoutout to iFixit for mentioning us in this article :)

Well… Look. You *can* repair an iPhone. You *do*, unfortunately, void its warranty in the process, that’s all. The parts are widely available for purchase on ebay. iPhone parts aren’t made from recycled materials and Apple doesn’t responsibly source conflict minerals, but their phones are repairable.

Seems they are at least trying to source responsibly:

Are you genuinely this stupid, or just making bad faith arguments to be a pompous !$$&*? You can repair a nuclear reactor too, if you know how. The point is that a user device should be easily repairable by the average person, with easily acquired tools and skills. Geezuz christ, shut up.