Written By: Andrew Bookholt (and 3 other contributors) 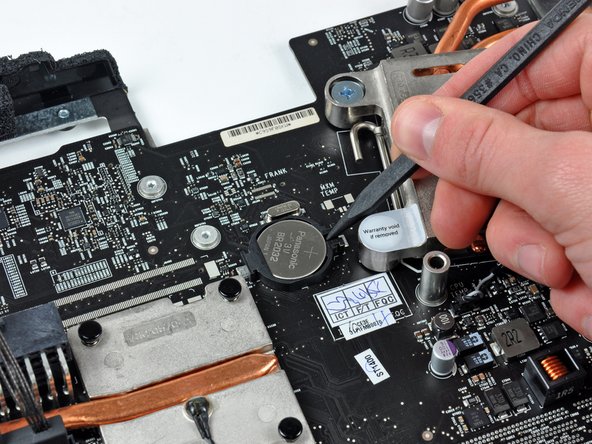 Use this guide to replace your logic board's BR 2032 PRAM battery.

29 other people completed this guide.

OK, so not going to do that ever.

Stupid design. A battery must be accessible from the outside or should last forever!

It was easier than I thougth, my iMac was acting weird with a dead Pram battery, great guide!!...thanks a lot iFixit!