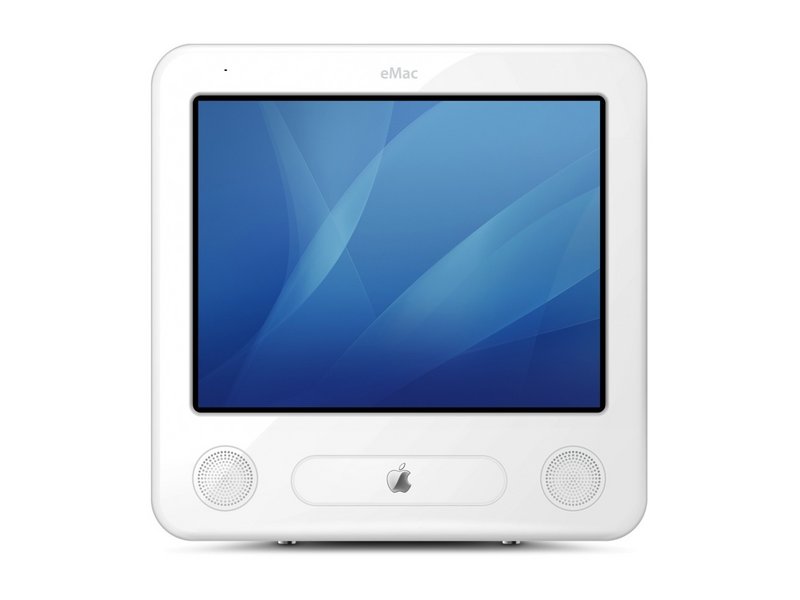 The eMac was an all-in-one G4-based Mac designed for the education market and released in April 2002. It was the last Mac to use a CRT display and was sold at a low price to schools and other institutions.

Author: Chris Green (and 7 other contributors)
Create a Guide
I Have This

The eMac is an all-in-one Macintosh desktop computer released by Apple on April 22, 2002. The eMac was a low-cost alternative to other Apple computers and was aimed at the education market, so it retained a similar design to the previous iMac G3 introduced in 1998. The eMac featured a G4 processor and a 17-inch CRT (cathode-ray tube) screen—the last CRT display sold by Apple.

The eMac case is made of opaque white plastic. The front of the shell features two speakers and a CD/DVD tray (it kind of looks like a face), and the back is rounded to fit the CRT display. To identify this computer, look for the word “eMac“ on the hatch on the bottom of the case. You can also find the serial number written inside the disc drive door as shown in this article. Use Apple’s serial number lookup to find your model.

If you can boot the computer, you can find the exact specifications by clicking the Apple icon in the top left of the screen and choosing “About This Mac” or “Apple System Profiler.“