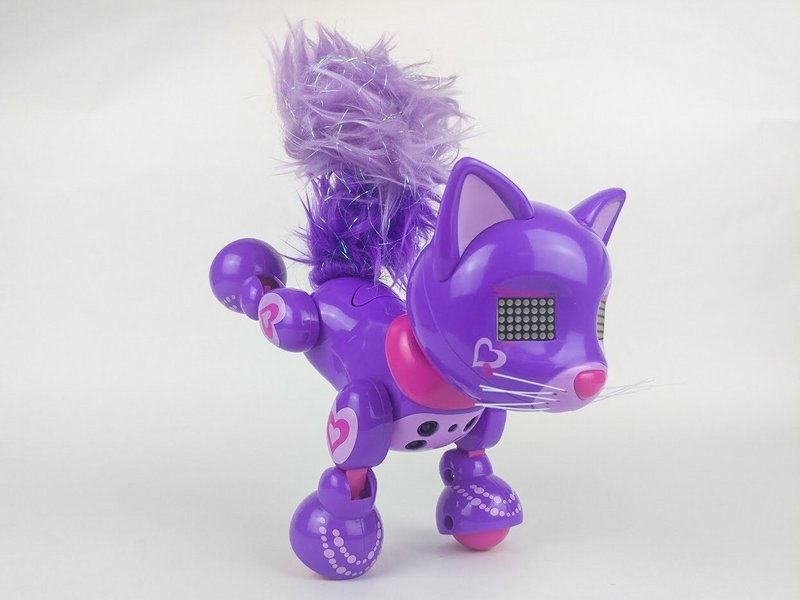 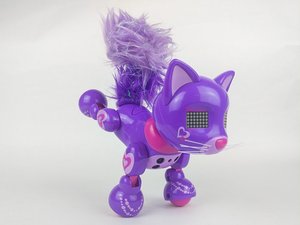 Also identified by model number 20087677-6039768. Zoomer Meowzies is a purple robotic interactive kitten approximately six inches tall, with a soft, feathery purple tail and pink hearts at the joints connecting to the body.

Author: Vanessa Esteban Diego (and one other contributor)
Create a Guide
I Have This

The troubleshooting page may be found here.

With measurements 8” x 5.3” x 7”, Zoomer Meowzies has no specified release date and has had no recalls.

Unlike similar models, Zoomer Meowzies is not motorized and its legs have a very limited range of motion that focuses on forward and backwards movement only. Although this particular model, Posh, is dark purple and hot pink, Zoomer Meowzies has three more different models with the exact same features and functions — Runaway, Chic, and Lux.