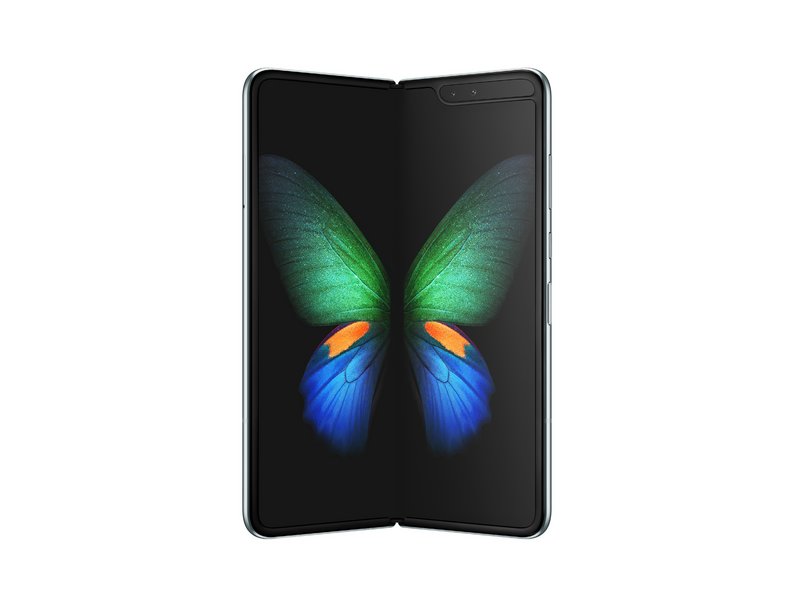 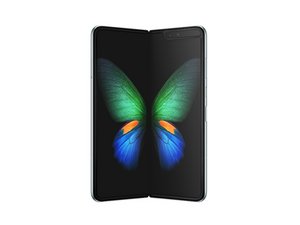 Author: Taylor Dixon (and 2 other contributors)
Create a Guide
I Have This 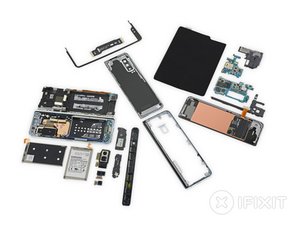 Teardown of the revised Galaxy Fold hardware, with analysis of the changes with a view toward improved durability.

Eight years after their first flexible screen prototype was introduced, Samsung finally announced their first consumer-ready folding phone, the Galaxy Fold. Sporting two screens, a total of six cameras, 12 GB of RAM, and priced at a whopping $1,980, it was certainly an ambitious entrance into the nascent folding smartphone category. Marketed as a premium luxury device, the Fold was initially available in a variety of customizable color combinations including Martian Green, Gold, and Astro Blue. After the recall, it is only available in Space Silver and Cosmos Black. The Fold ships with Android 9.0 (Pie).

The Samsung Galaxy Fold was announced in February of 2019 with the Galaxy S10 devices, and was intended to launch on April 26th, 2019 but was delayed after durability concerns surfaced among review units.

Months later, Samsung came forward and announced that they had made some improvements to the Fold: extending the protective layer over the inner screen all the way to the bezels; adding layers of metal the backside of the inner screen to make it more durable; and adding plastic protection caps to gaps between the screen and the bezel in the middle of the inner screen where it folds. They also launched a campaign called Caring For Your Galaxy Fold in which they advise users to use “a light touch” when interacting with the fragile inner screen. By the end of September 2019, Fold units were shipping around the world.