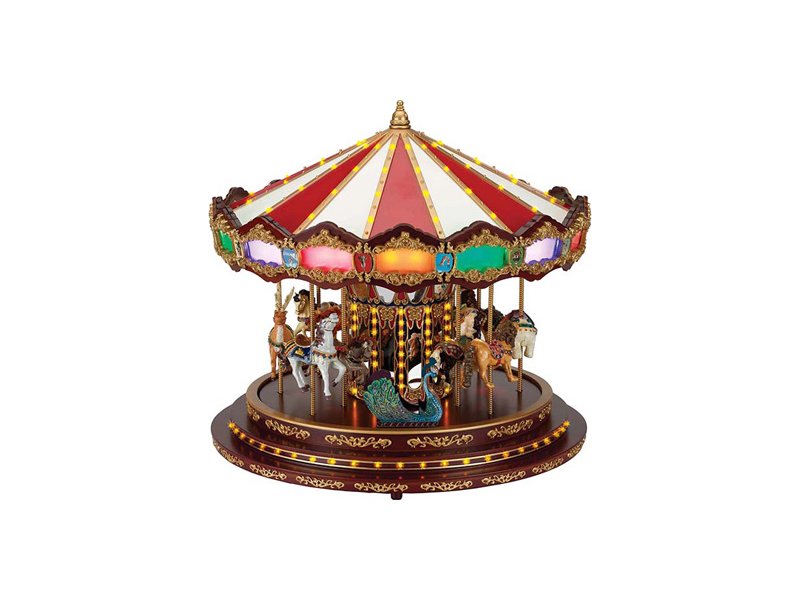 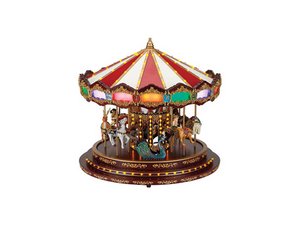 Mr. Christmas is a company that manufactures and produces musical and mechanical decorations for the holiday season, specifically the Christmas holiday. Since 1933, the Hermanson family has been creating unique holiday decorations for homes all over the world.

The Mr. Christmas Musical Carousel is capable of spinning and playing holiday music. The decoration is also designed to show that each individual carousel horse mimics the vertical movements of the actual New York World’s Fair Carousel.