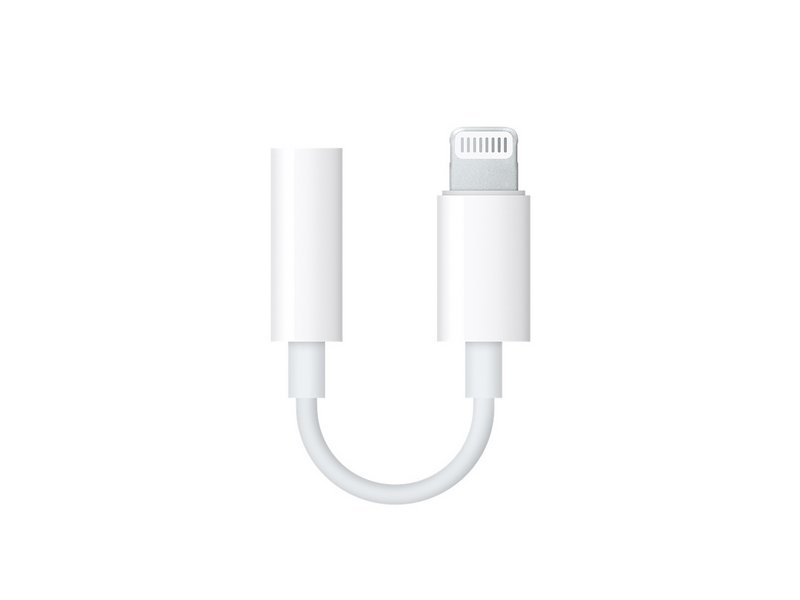 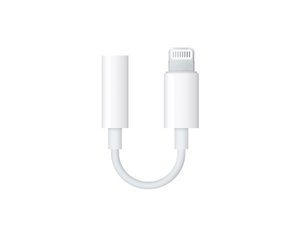 An adapter to make standard 3.5 mm headphones compatible with Apple's phones since September 2016.

The Apple Lightning to headphone jack adapter was released in September 2016 alongside the launch of the iPhone 7. Since the iPhone 7 did not feature a standard 3.5 mm headphone jack, Apple included the adapter in the box with iPhones from 2016 to 2018. It is also available as a separate product from Apple.

The purpose of the adapter is to allow headphones and other audio cables with a 3.5 mm plug to work with some Apple devices which have only a Lightning connector. When it is plugged in, the device sends digital audio into the dongle. The adapter contains a small digital-to-analog converter (DAC) which uses the digital audio signals to generate the analog output required for any pair of headphones.

Since the headphone jack on the adapter has four separate metal conductors inside, it can support headphones that also have microphones or controls built in. Please note, however, that this feature may not work for older headphones built for Android devices. See this Wikipedia excerpt for more detail.

This adapter is made of white plastic and rubber. One end has a circular barrel for headphones and the other has a Lightning connector. You can identify this adapter by looking for the distinctive color and the connections on each end. The adapter is about 3 1/8 inches or 8 centimeters in length.