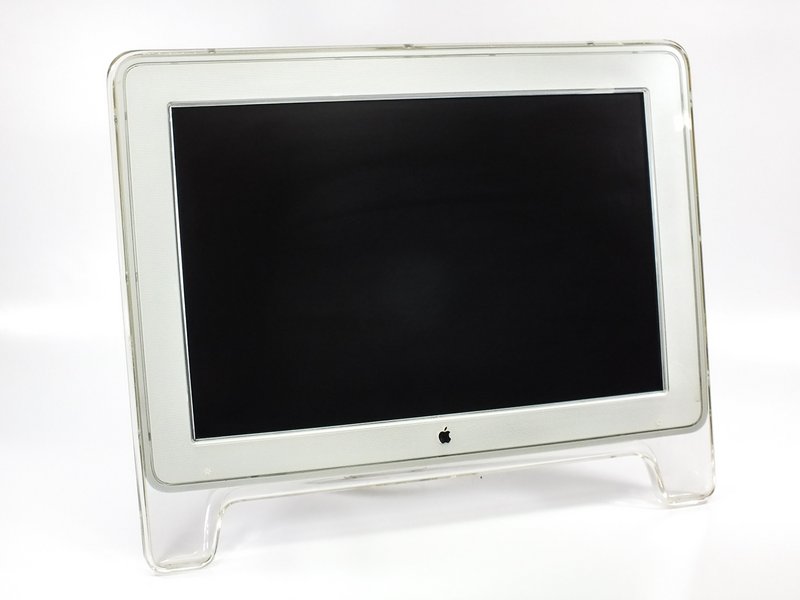 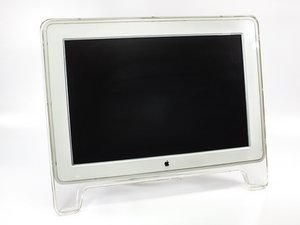 Author: JKJ12 (and one other contributor)
Create a Guide
I Have This

This wiki does not have a summary. Help iFixit by writing one!

This wiki page is a stub. Help iFixit by adding information to it!

The 23-inch Cinema HD Display is a monitor released by Apple in March 2002. It shares a similar design to the 22-inch Cinema Displays released in the previous years, but the 23-inch Cinema HD version has a higher resolution of 1920x1200 pixels. This display is propped up in a translucent plastic case with three legs in the shape of an easel (here’s a good group of photos provided by the MoMA). To identify this model, look for the words “Cinema HD Display” and the model number “M8536“ printed on the back case of the device. Sometimes this information can be hard to read because the text is made of white letters on clear plastic.

The Cinema HD Display communicates with a computer using the Apple Display Connector (ADC). This discontinued port is a combination of DVI video, USB data, and power and was proprietary for Apple devices. You can still find Apple’s DVI to ADC adapter online, but it is not actively produced (i.e. you have to buy it secondhand). Furthermore, you will need a DVI video adapter for use with some modern computers because they do not come with a DVI port anymore. Thus, one way to connect to this monitor is via an adapter to DVI and then another adapter from DVI to ADC.

This model was discontinued in June 2004 and replaced with an aluminum design with the same resolution.

Apple Cinema HD Display experiences on the Too Many Computers blog