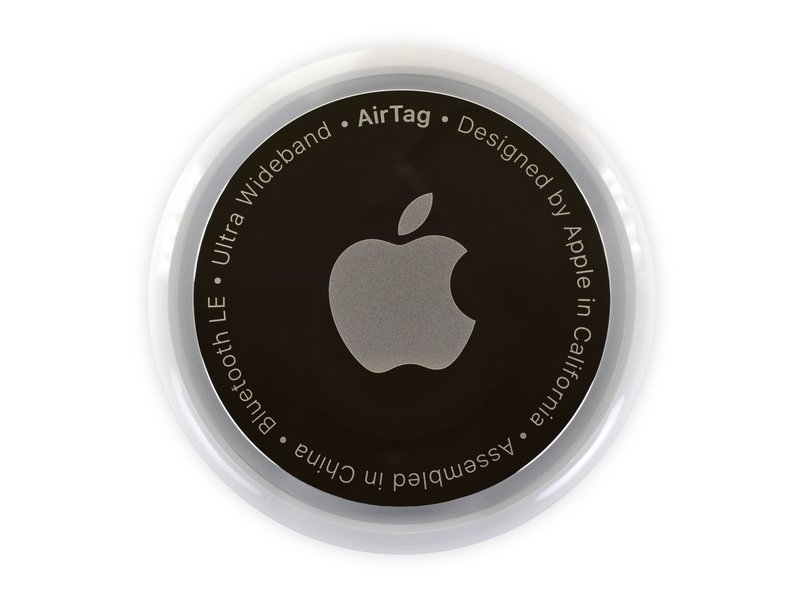 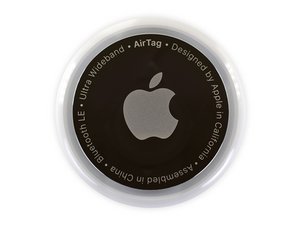 AirTag is a compact tracking device developed by Apple, Inc. In concert with the FindMy app, it uses a combination of Bluetooth, ultra wideband (UWB), and NFC tech to track and precisely locate personal items like keys and luggage. Released on April 30, 2021.

Author: jacopo (and 3 other contributors)
Create a Guide
I Have This

How to Drill a Keyring Hole in an AirTag

AirTags were rumored extensively going back as far as 2019, more than two years before their eventual release, and dates marked on the final product packaging indicate Apple may have originally intended them to go on sale much earlier. Apple finally revealed AirTags at their "Spring Loaded" special event in April 2021.

Each AirTag is roughly disc-shaped and a mere 1.26 inches (31.9 mm) in diameter. When ordered from Apple, each AirTag's white plastic housing can be personalized with a variety of initials or emoji. The battery cover consists of precision-etched and polished stainless steel and contains a prominent Apple logo.

AirTags include the first truly user-replaceable battery in an Apple product in many years. Each AirTag is powered by a single CR2032 lithium coin cell battery, which Apple says should last approximately one year under ordinary use conditions.

AirTags function much like existing trackers such as the popular Tile Mate, but with the addition of ultra wideband (UWB) technology. When paired with a UWB-capable iOS device (such as iPhone 11 and later), the AirTag's location can be pinpointed to within a few inches using the Precision Finding feature in the Find My app.

AirTags require iOS version 14.5 or later in order to pair with an iOS device.

Peek at the inner workings of Apple's tiny tracker! iFixit published AirTag Teardown: Yeah, This Tracks on May 1, 2021. The full writeup includes high-resolution X-ray images and a side-by-side comparison with teardowns of competing devices from Tile and Samsung.